Real test of survival - for a good cause 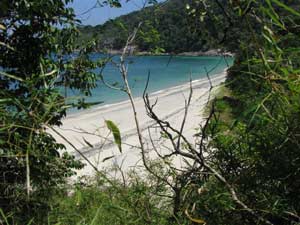 Three UCT alumni are heading for unfamiliar territory that will disconnect them from the world and likely push them to their limits.

For 30 days from 1 April, they will have to survive with no readily available food, no cellphones and no television, must deal with wild animals and insects, and must make their own shelters.

In addition, Dr Jonathan Starke (MBChB 2001), Saul Kornik (BBusSC 1999) and Nick Bennett (BA 2005) will have to deal and work together with seven other participants in order to succeed in the Life2TheLimit "selfless endurance".

"But perhaps above all the challenges will be the psychological impact of an extreme situation and making sure we stay mentally strong," noted Starke.

The survival challenge takes place on a forest-dense South Pacific tropical island, which is 10km by 4km in size, and whose highest peak stands at 200 meters. The group will be dropped off on a 500-meters-long stretch of beach, each member carrying only what she or he can fit in a five-litre bag. 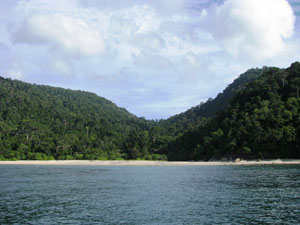 There is one fresh-water river leading onto the beach, but participants will need to go upstream to avoid the estuary at the mouth of the river. There are no coconut trees and no visible edible plants, but the sea has coral aplenty and bountiful marine life.

As the event's website states, the "experience the un-experienced" challenge will require discipline, determination, courage and strength of mind.

All of this is to raise funds for local charity organisations "that are doing vital work in addressing many of the difficult problems facing our communities."

Starke has completed many expeditions before, mostly for the South African National Antarctic Programme, supporting research teams in remote areas. But he believes this one will not only test him in a difficult situation, but will also catch the country's eye, inspire people and encourage them to donate. And he is ready to go for it. "The thing I'm looking forward to the most is to be absolutely disconnected from the world, no phone, no computer, no TV. It is going to be great."