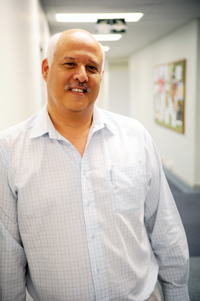 The murder of Dominic Giddy has raised concerns once again about the safety of students and staff in the neighbouring residential and business areas.

While theft - particularly of laptops and, in a resurgent trend, of cellphones - remain the most common crimes on campus (violent attacks are still few and far between), Giddy is the second UCT student to be killed in Observatory in the past five months. In fact, it's only the Observatory Main Road that separates the scene of his death from the spot where Pakiso Moqobane was killed in September 2009.

And if parts of Observatory appear to some to have become hotbeds of crime, it could have something to do with the success of a couple of Special Ratings Areas (SRAs) - or Community Improvement Districts (CIDs), as they used to be known - on opposite ends of that Main Road: the Cape Town and Woodstock Improvement Districts on the one side, and the Claremont Improvement District on the other. (There's also an Observatory Improvement District, but it covers only certain parts of the suburb.) These SRAs aim to create safer, cleaner and 'rejuvenated' environments by providing certain 'top-up' services, particularly security patrols and cleaning.

But tucked between these three CIDs lie chunks of Observatory, plus Mowbray and Rondebosch, where UCT students and staff roam.

"Crime is being squeezed from these other CIDs into this area," says Roland September, newly appointed risk services manager at UCT.

UCT, however, is leading the drive to establish an SRA - provisionally titled the Groote Schuur Community Improvement District (GSCID) - in partnership with commercial and educational institutions in this area. The GSCID would stretch from Anzio Road in Observatory, where the Medical School is found, to just beyond Newlands Station. (View a map of the catchment area.)

As with other SRAs, the GSCID would take the form of a Section 21 company, with UCT and property owners contributing additional rates to pay for the top-up services. The company would be managed by a board elected by its members, and operated by a management team appointed by the board.

(Residential areas abutting the demarcated SRA - which covers commercial and educational properties - would benefit from these services as well, with UCT's contribution covering residents' contributions for the first three years.)

The university needs the approval of 50% plus one of business-property owners in the area for the SRA to be established. From the turnout at a public meeting in mid-February and UCT's other communication with property owners, it appears very likely that the university will get that support when the matter goes to a vote at the end of February, reports John Tunstall, UCT's former risk services manager who now serves as a consultant to the university.

Such SRAs, with property owners contributing towards initiatives that target "crime and grime", have become commonplace around the globe, says Anthony Davies, co-ordinator for the establishment of the GSCID and founder and former executive manager of the Claremont CID. "It is international best practice because this is the situation around the world."

What SRAs provide, more than anything else, is a bobbies-on-the-beat climate, explains Tunstall. "The visibility of foot patrols, that's really what CIDs are all about."

It's that kind of visibility that UCT hopes will save lives.