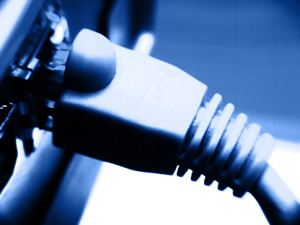 Here's good news on the bandwidth front; a significant hike in capacity is due to take effect at UCT on Tuesday 2 February.

Strictly speaking, UCT was going to see a huge growth in internet bandwidth only after connection to SANReN (South African National Research Network). But delays in the project meant that this would have happened much later in the year.

However, by working with its internet provider, UCT has managed to secure a much bigger slice of the internet pie while continuing to wait for SANReN.

"A consequence of the change is that the university will no longer be able to maintain its backup link via Frogfoot,' said Steff Hughes, training and communications team leader in ICTS's Customer Services Division.

"However, this is regarded as a small price to pay for such a substantial increase in bandwidth.

She added: "While the increased bandwidth is indeed welcome, particularly at the beginning of the academic year, staff and students are asked to continue using bandwidth responsibly and to respect copyright law."