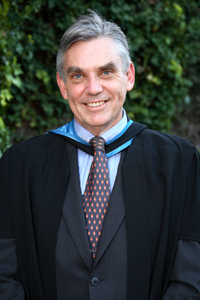 There has been little transformation in the South African dispute resolution system and the process of pluralism has not taken root.

So said Professor Alan Rycroft in his inaugural lecture, The Problem of Process Pluralism: Why are we resolving our disputes so badly?

Recently appointed as the head of the Department of Commercial Law in the Faculty of Law, Rycroft said the process of negotiating, mediation and arbitration is largely confined in employment disputes.

"This prompts me to ask some uncomfortable questions: why have commercial lawyers been so slow in embracing commercial mediation and arbitration, and is the legal education contributing to producing graduates who are ill-prepared to resolve disputes?"

Rycroft gave a brief history of mediation, which some proponents say democratises the court process as it encourages parties to decide themselves the values that are most important. He said in 1983 the Independent Mediation Service of South Africa was formed and had helped to transform the public and state attitudes to mediation and arbitration.

Rycroft said the Commission for Conciliation, Mediation and Arbitration (CCMA) has had 13 years of "remarkable success", with a 62% success rate in conciliations in the past year, with only 150 of the 2 000 arbitration awards taken on review to the Labour Court being upheld.

"By any standards, those statistics speak of a highly efficient and effective dispute resolution system," he noted.

The flip side of the coin was that it costs a lot of money and takes a long time to get cases through the civil courts. He said that there is also a lack of capacity to deal with land disputes.

There are other problems. Provisions in legislation are often confusingly drafted. Often, there are no provisions to pay mediators, and there is a need to institutionalise and train panels.

Rycroft suggested that mediation education should be part of the legal curriculum as legal practice itself was moving from trial advocacy to settlement advocacy.

Listen to some audio extracts from the speech.