Doctors' strikes a see-saw between public health and self-interest 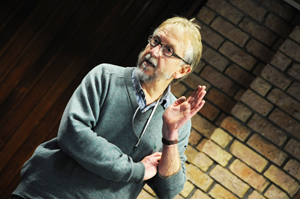 By its very nature, a doctors' strike is always controversial, and potentially disastrous.

It seems to go against the fundamentals of professional medical ethics, which are to do no harm, to prevent harm, to remove harm and to do good.

So said Dr Louis Reynolds, senior specialist in paediatrics at UCT's School of Child and Adolescent Health at the Steve Biko Memorial Event on 14 September.

In his lecture, titled The Doctors' Strike-Ethics and the Bill of Rights, Reynolds analysed the medical strike in South Africa, its impact and ethical complications.

"There are always ethical questions surrounding doctors' strikes, as doctors render an essential service to society."

"Negative outcomes include the delay or complete lack of treatment, needless suffering, irreversible damage to some patients, death, and loss of trust and prestige of medical professionals. But positive outcomes include fewer medical errors, better healthcare, a decrease in the brain drain, brighter new students attracted to the profession, lower mortality and the development of a higher trust."

But, he points out, during a strike many people will argue that all they're experiencing is its negative aspects.

And children are especially vulnerable to doctors' strikes.

"In Cape town there is the situation of deteriorating child health, with more and more sick children. There has been a decline in medical staff, which is exacerbated by urban population growth. So we have to ask: can the best interests of the child be protected if declining staff numbers are treating growing numbers of very ill children in overcrowded facilities?"

Reynolds argues that doctors' strikes can be justified, but only as a last resort, and provided the main interest in the strike action is not pure self-interest on the part of the striking doctors.

"In a strike, there is a see-saw effect between public health and self-interest. But the intended good must always outweigh the anticipated harm," he says.