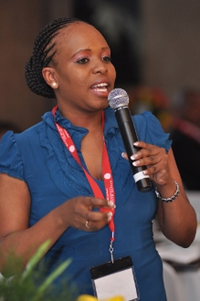 The issue of free education is firmly rooted in the legacy of apartheid, Department of Higher Education director of constituency affairs Babalwa Ntabeni-Matula told a student assembly at UCT earlier this month.

Ntabeni-Matula traced the debate around free basic and higher education since apartheid-era education policies, the Freedom Charter, the democratic Constitution, and recent resolutions taken by the ANC at Polokwane, which clearly pointed to the ruling party wanting to make free education a priority.

She said it was not clear that the Constitution guaranteed free education. A more recent White Paper on transformation of the Higher Education sector also avoided the issue of free higher education, arguing that it was not sustainable or affordable for the country.

However, Ntabeni-Matula said in fact no studies had been done on whether the country could afford free higher education or not.

She said that while higher education institutions today admitted an increasingly large number of students from poor backgrounds, students from middle-class and wealthy families still tended to be disproportionately well-represented.

She said that while education generated social benefits for society at large, the private sector was a huge beneficiary of the country's education system, and educational qualifications signified lifetime benefits and privilege for successful students.

For these reasons, the costs of higher education should be more equitably shared between the public and private sectors.

While it was clear that the National Student Financial Aid Scheme could not assist all the needy students in the country, Government has initiated a review of the scheme to address shortcomings such as the problems faced by rural students.

A recent colloquium on student funding proposed the introduction of a graduate tax, the principle being that students who had benefited from receiving free public education would be obligated to contribute towards the studies of others. Citing the United States Peace Corps programme, however, she said that a graduate tax did not have to be a monetary tax.

Answering a question on fee increases at UCT, Ntabeni-Matula said: "As long as there is no free (higher) education, institutions are obliged to ensure their programmes run efficiently; and part of that is to charge you fees, whether you like it or not."