Sabwa graduates against all odds 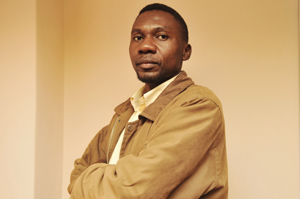 Spaza bonanza: "This can be a boom industry" - Jean-Marie Sabwa.

Xenophobic attacks and his initial patchy English could not stop Jean-Marie Sabwa from conducting ground-breaking research on spaza shops and completing his studies at UCT.

Last week Sabwa, who hails from the Democratic Republic of Congo, completed a troubled journey when he obtained his master's in operational research from the Department of Statistical Science.

No mean feat given that he failed three courses out of 10 in his first year because he could not do presentations in English.

And last year he lost all his belongings of his Philippi home, including a laptop and a computer containing all his work, when his family was displaced in the widespread xenophobic violence.

That, naturally, took a toll on him, but Sabwa never thought of quitting.

"And the important thing is that we are all still alive."

Fortunately, his supervisor had copies of his research. Sabwa has put that experience behind him, and is happy to graduate, hoping to make a difference to the society that, for all appearances, despised him.

His research, after all, focused on those most iconic institutions in poor residential communities, the spaza shops.

Having noticed a lack of documentation of spaza shops, and that they are generally unknown even in their locations, Sabwa investigated how these businesses could be more successful.

"Basically, I tried to check how and which areas we should focus on and improve," he explained.

There are some 144 000 spaza shops in the Western Cape, and Sabwa believes it is a huge market that can help deal with unemployment, and perhaps even turn informal traders into prosperous business people in the formal sector.

"This can be a boom industry. If half of the spaza shops can be formalised and each can employ one person, how many jobs can be created?"

"Most of the traders take their businesses as something to put food on their table. They don't see that they can be the Bill Gates of tomorrow," he adds.

There are multiple issues facing the sector but the key problem is the lack of business management skills among owners, Sabwa found.

As a possible solution, he has developed an intervention model that suggests that wholesalers, financial institutions, government, non-government organisations and higher education institutions should work together instead of each trying to intervene on its own, on one hand. On the other hand, Sabwa attempted to determine the indicator(s) of performance in these businesses and set up some strategic measures on stocking and ordering issues.

"They should focus on providing shop owners with management skills and monitoring their progress."