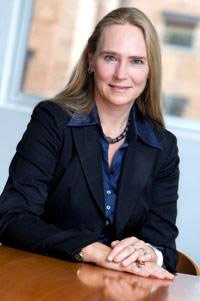 Suzanna Harvey's work on the unconstitutionality of a section of the Labour Relations Act has earned her joint first prize in the 2008 Ismail Mahomed Law Reform Competition.

The competition, named in honour of the late Chief Justice and former chairperson of the South African Law Reform Commission, aims to encourage critical legal writing by students, while generating ideas for law reform that are aligned to South Africa's priorities as a developmental state.

Harvey, a final-year LLB student at UCT, looked at the problems faced by commissioners of the Commission for Conciliation, Mediation and Arbitration in trying to administer the Act, specifically the section dealing with cases where workers are employed by labour brokers.

She found that Section 198(2), which deems the broker and not the client to be the employer, in effect deprives workers of their Constitutional rights to fair labour practices, specifically the reinstatement remedy for unfair dismissal, and to bargain collectively with their employers.

"The problem is that if you are employed through a labour broker and unfairly dismissed, you can't get your actual job back," Harvey explains.

Her essay explores various solutions to the problem, including legislative amendments, and better ways for interpreting labour broker disputes to stay in line with the fundamental objectives of the Labour Relations Act.

The paper is set to be published in the South African Law Journal, and Harvey is working on expanding the topic as a master's dissertation. She plans to finish her thesis at the end of the year.