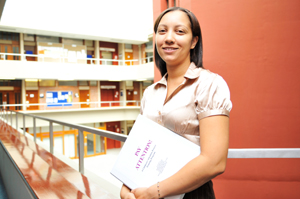 Doctoral researcher Leigh Schrieff is breaking new ground with her work on traumatic brain injury among children. That work has also spawned a raft of new programmes and interests

What began as a concept for her thesis has developed into a full-blown research programme for psychology doctoral candidate Leigh Schrieff.

Schrieff started her PhD in 2005 on the implementation and evaluation of a cognitive rehabilitation programme for children following traumatic brain injury.

"My initial plan was to focus on three main areas for cognitive rehabilitation - attention, memory and executive function - but this proved too broad a subject for one person, given the limited resources and time." 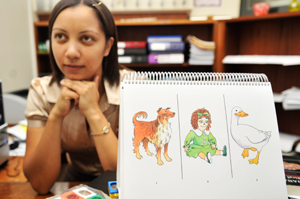 Schrieff is investigating the feasibility of a dedicated paediatric neuropsychological rehabilitation programme for South Africa, given the country's specific socio-economic climate.

"The goal of my doctorate and the programme is to address both the dearth of recent published research on paediatric traumatic brain injury (pTBI) in South Africa, and the need for formal neuropsychological rehabilitation programmes in this country," explains Schrieff.

Her research is focused on attention rehabilitation, with researchers in the group taking on other areas. 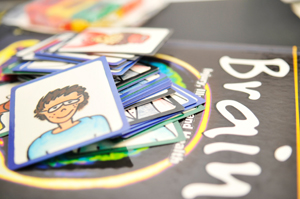 As a result of this work, the Department of Psychology launched five honours projects in 2007. These included projects on the neuropsychological profiles of TBI-affected children, an epidemiological demographic profile study of TBI admissions to the Red Cross War Memorial Children's Hospital, and the challenges facing their families. In 2008, three of these were expanded to master's projects and one new honours student joined the research programme, focusing specifically on the rehabilitation of executive functions using goal-management training.

In 2009, several new postgraduate students and another department staff member, Susan Malcolm-Smith, joined the ever-expanding programme, extending the research focus to include the effects of pTBI on the theory of mind function.

Schrieff has already presented some of the data from these projects at two national and one international conference. 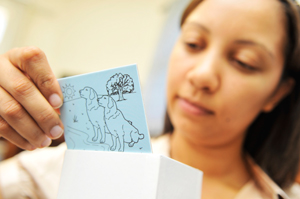 "No two injuries are the same, and the range of factors and possible outcomes differ from one child to the next."

Schrieff's research is about to enter the testing phase. Approximately 20 children with pTBI will undergo the eight-week rehabilitation programme, which includes child-friendly games aimed at attention training.

But Schrieff will have to work fast - she is already scheduled to present her findings at the CUBBI/BBI Symposium Series at Valkenberg Hospital in November.