Women runners make it a double 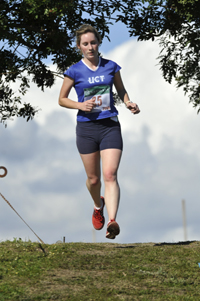 And they swept aside all comers in doing so. The team won five of the eight league meetings, and finished second just once.

As only six leagues count, it means that UCT scored only one point less than the maximum points possible, reports coach James Evan.

And for good measure, the B team also won the B section.