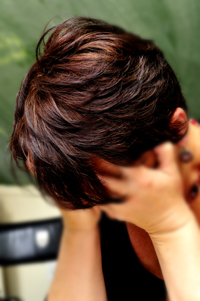 The Mental Health and Poverty Project (MHaPP) has just released a major report on the current state of mental health policy and service provision in South Africa. This is the first time that a comprehensive situation analysis of the mental-health system in SA has been conducted.

There is growing recognition that mental health is a crucial public health and development issue in SA. According to the Medical Research Council, neuropsychiatric conditions rank third in their contribution to the burden of disease in this country. The South African Stress and Health survey found that 16.5% of South Africans suffered from common mental disorders such as depression, anxiety and substance use disorders in the past year.

There are no differences between racial or ethnic groups in the prevalence of mental illness. Mental ill-health is strongly associated with poverty and social deprivation in low- and middle-income countries: poor people tend to have more mental health problems, and people living with mental disorders tend to have lower levels of education, employment and income.

Some important steps have been taken to develop policy and legislation for mental health in South Africa. The Mental Health Care Act (2002) was praised by stakeholders from a wide crosssection of South African society for its human-rights orientation and promotion of communitybased care. The intention of this Act is to promote and protect the human rights of people with mental disorders. New mental health care policy is in the process of being drafted for South Africa, the most recent draft dated April 2006.

Issued by: The MHaPP, a groundbreaking research consortium that aims to provide vital evidence on what policies are needed to break the vicious cycle of poverty and mental ill-health and to ensure that the poorest communities have access to mental health care. The findings of the Mental Health and Poverty Project are based on a large research report, released by staff at the Department of Psychiatry and Mental Health at UCT. Partners include the Human Sciences Research Council, the University of KwaZulu- Natal, the University of Leeds, and the World Health Organisation. Data was collected from a national survey of mental health services and interviews with a wide range of stakeholders from government, NGOs, academics and mental health user groups.