UCT among the international giants 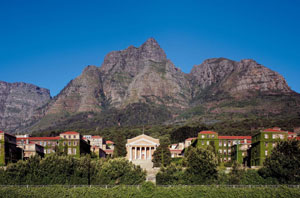 UCT has earned a place in the top 200 of the widely respected Times Higher Education Supplement World University Rankings.

The ranking makes UCT '“ once placed in the mid-300s and up 57 spots from 2006 - the only African university to make it into the top 200 of the THES-QS ranking, conducted each year by the London-based newspaper The Times Higher Education Supplement and study-abroad specialists Quacquarelli Symonds.

"International rankings are becoming increasingly important in a global education market," says Vice-Chancellor and Principal, Professor Njabulo S Ndebele. "And I believe the rating bears out our mission to be an African university of international repute.

"It's a tribute to the dedication and hard work of the entire university community."