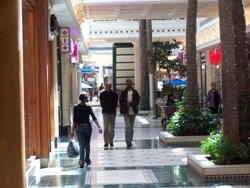 South Africa's black middle class, increasingly referred to as Black Diamonds, has grown by an astonishing 30% in just over a year, according to a major new study conducted by UCT/Unilever Institute of Strategic Marketing and TNS Research Surveys.

The study reveals unprecedented movement in South Africa's single most important market. The new statistics show that there is not only growth from new entrants into the Black Diamond segment, but also from within its ranks as people move up the ladder and establish themselves in the middle class, say the researchers.

The new study, Black Diamond 2007: On the Move, is based on a sample of 4 500 people and follows two previous studies by the research partners. Its findings show that Black Diamonds now comprise an estimated 2.6 million South Africans as opposed to 2 million in 2005.

"Perhaps the most important figure here is that 12% of South Africa's black population account for over half (54%) of all black buying power, says Professor John Simpson, Director of the UCT/Unilever Institute. 'This compares with 10% accounting for 43% of black buying power 15 months ago."