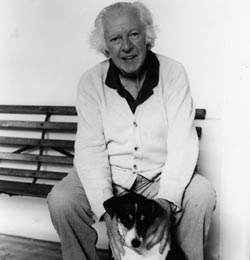 Cowen was the dean of law at UCT from 1946-1961. During his career as a scholar, he focussed on constitutional law, property law, banking law and, in his later years, environmental law. His book on negotiable instruments was described by a reviewer as one of the best books ever written in the English language.

"Denis was probably the most inspiring and certainly the most eloquent of the many lecturers who taught me at UCT," said one of his many students, Justice Albie Sachs. "He loved ideas and concepts. Knowledge and insight really mattered to him, and the capacity to find the right word or phrase to convey precise meaning."

The Faculty of Law held a memorial service in Cowen\'s honour on 7 May, where tributes were delivered by his friends and colleagues, including Professor Danie Visser, and his daughter, advocate Susannah Cowen.