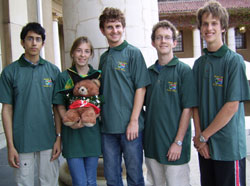 The South African team was led by Koos van Zyl of the University of Stellenbosch. Before traveling to Nigeria, the team attended a four-day training programme at UCT, sponsored by Oxford University Press.

Full details can be found on the PAMO website.