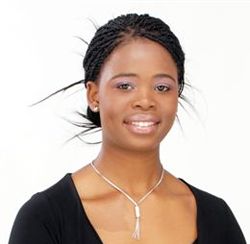 UCT fifth-year opera student Pretty Yende stole the show in Mantua, Italy, recently landing the role of Musica for the special birthday performance of Monteverdi's opera L'Orfeo on 24 February, 400 years - to the day - after its opening in 1607.

At just 21 she was the youngest among 60 contenders.

"It was a fantastic experience playing Musica, and I was working with world-renowned directors and composers,' says Yende. 'It was an unforgettable journey.

Another UCT opera student, Given Nkosi, also auditioned for a role, making it to the second qualifying round.

"I am grateful for the opportunity I got to audition in Italy, but will be studying further to polish my technique," says Nkosi.