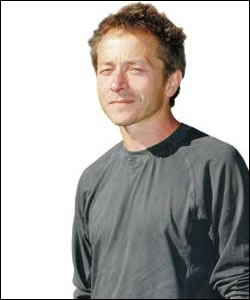 Sharing alike: Dr Jack van Honk is one of the international experts UCT has called on in recent months to get its Brain Behaviour Initiative off the ground.

It's kind of a double-edged sword.

South Africa, it turns out, is a great place to do research into neuroscience and mental disorders. But - and here's the down side - that's just because the country boasts such a high level of psychological trauma and mental illness. Truth be told, neuropsychiatric disorders rank as the second largest contributor to South Africa's burden of disease, bested only by HIV/AIDS.

So the UCT Brain Behaviour Initiative (BBI), a university-wide signature theme that targets the study of the brain and its response to trauma, won't be short of material or research subjects. But the BBI is still, in some ways, in its infancy, for now pulling together a mix of experts from the UCT numbers. Also in the pipeline is a Cross-University Brain Behaviour Initiative (CUBBI), which hopes to draw collaborators from across the country.

But organisers are thinking even bigger, looking beyond the national borders.

The International Anxiety Disorders Conference in Stellenbosch in February struck just the right note, then, attracting speakers from - as the gathering's name suggests - all over. The scientific advisory committee, chaired by UCT's Professor Dan Stein, and the programme itself boasted delegates from Australia, Belgium, Brazil, France, Germany, Israel, Italy, the Netherlands, Sweden, the UK and the US. There were even poster presentations from Iran and Korea.

Keeping up that global tie-in, UCT and the University of Stellenbosch have over the past three months hosted Dr Jack van Honk of the Netherlands. Van Honk, based with the Helmholtz Research Institute at Utrecht University, is here to help get both the BBI and CUBBI off the ground.

He has a broad range of expertise - his publications include work on the effects of testosterone on the unconscious processing of emotions, on electroencephalography (EEG), and on transcranial magnetic stimulation (TMS), a technique in which electromagnetic pulses are used to stimulate brain activity.

The latter is of particular interest to the BBI group. UCT recently acquired a TMS machine on loan from Germany, and will be using it to kick-start its own fundamental research (MP vol 25 no 7).

Over his remaining three months in Cape Town, Van Honk will be showing the BBI researchers how best to use the machine and the technique in general.

When it comes to studying the basics of the brain and trauma, South Africa may just be getting out of the starting blocks. But, says Van Honk, the country has more than just truckloads of patients to offer the field.

"South Africa brings a quite unique group of people and cultures to the research," he says. "There's a unique kind of tension."

That may be just what the research manuals ordered.