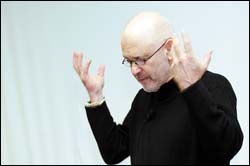 Professor Raymond Suttner (Unisa) gave a lecture on national heritage(s) and building a South African nation. In this extract from his lecture, he looks at where women stand in this equation.

From the start, African women never accepted their exclusion from the public domain and the potential nation identified by the ANC in its allowing membership to African men only. So we can read this action of the women in a number of different ways, relating to citizenship, mode of politics, and claiming of the public terrain that is supposed to belong to men alone.

The Constitution has done much to advance the establishment of gender relations on a fresh basis, one that empowers women and provides opportunities for both men and women to explore their talents and their sexuality in ways that were not previously possible.

The ANC has introduced from the outset a voluntary quota that one third of its Members of Parliament or Members of the Provincial Legislature should be women, possibly rising to 50%. But we need to interrogate these achievements. What has the incorporation of women into parliament and other positions of power meant for their responsibilities as mothers, home makers and other traditional roles?

All too often we may find that the same person who has to sit through an arduous day in parliament has to come home and still make a meal for her husband and family, that her responsibilities as a parliamentarian are impacted on by the exhaustion of not being as free as male parliamentarians are to do their political work.

The entire national parliament experience has serious impact on family situations. Very many women MPs, like others, travel home on weekends or some weekends on parliamentary tickets. But the ticket is not given to fulfil family responsibilities, to see how children are faring and so on. The main reason for the ticket is to do constituency work.

The question of gender also arises in relation to heritage itself: who is celebrated and what is celebrated. Insofar as this is a part of heritage month, we need to be asking what it is that makes someone a hero, a part of what is called intangible heritage, and I think we will find that this is a subject suffused with questions of gender.

The very word heroism is itself a word applicable to men and derived from worthy acts attributed to men.

So what we have on our hands is a situation where we need to unpack models of masculinity and femininity and what these mean in the creation of a nation, and eradication of ideas of the public/private divide determining the extent of women's involvement in the political domain. We need also to ask on what basis people are honoured.

It is encouraging to note that there is already a large number of women who have received national honours, among them Ray Alexander, Dorothy Zihlangu and Lillian Ngoyi. The large majority of acknowledged heroes, are of course, men. This relates to my earlier point that the public domain the area where heroic acts are preformed is traditionally that of the male and that needs to be challenged as MK women and men like Chris Hani did.

Beyond this lofty level, we need to be asking ourselves on what basis men and women must relate in the new South Africa to build a nation in accordance with gender equality. In particular, what are the models that we are commending to men and women as being desirable? These models may appear through commercial advertising or other media and it will occur through our evaluation of what constitutes the heroic, the admirable, the desirable in terms of qualities that a person should aspire towards.

Immediately, we enter the terrain of schooling, training for manhood and womanhood. In the case of boy, we have schools where unless there has been a radical change, sport is everything and moral values are nothing - or at least the only value is how fast you can run and how heavily you can tackle.

In the case of Africans, there is the question of initiation of males. We are led to believe that this is a practice from time immemorial and that its teachings are sacred and unalterable. In fact the teachings may not be uniform.

African initiation practices entail a phenomenon that goes beyond circumcision and deals with the transmission of values, ideas of what it means to be a man and these are, in fact, diverse. In the context of a constitution that is encouraging gender equality, some of these practices are supportive of male chauvinist ideas of manhood, while others see relationships of mutual respect between men and women as part of the accoutrements of manhood.

This is then one of the areas of masculinity formation that needs to be engaged with and contested insofar as some individuals are credited with being the repositories of custom and they often treat it as an unchanging phenomenon. It cannot be unchanging and has never been so in African history. But it cannot be so, especially if what is protected runs against the spirit of the Constitution.