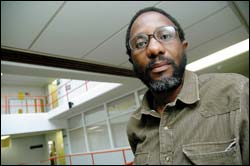 For most social scientists, the countryside is terra incognita. The countryside is where people (or workers) came from: it is more of a historical location than a present reality. The corridors of power, democracy, the economy, academia, contemporary culture, even "society", all these are often assumed to be or are viewed as primarily urban.

Lungisile Ntsebeza's compelling book reminds us that much of South Africa is far from urban, and that the brave new world of post-apartheid democracy looks very different from the countryside. But his book does much more than just assert the need for a view from the countryside.

In contrast to work such as Mahmood Mamdani's influential Citizen and Subject, Ntsebeza emphasises just how varied and variable are the historical experiences and contemporary politics of the countryside.

His book focuses on an area within the former reserves (or bantustans or homelands) - which are socially, culturally and politically unlike white-owned commercial farmlands - but, as he repeatedly emphasises, his case-study of the Xhalanga district in the Eastern Cape reveals a very different social and political picture compared to studies of, for example, Phondoland.

Democracy Compromised is not a social or economic history, but rather an analysis of the changing institution of chieftainship. Ntsebeza argues that chieftainship has never enjoyed much legitimacy in Xhalanga, in contrast to Phondoland (for example). Under apartheid, state policy gave state-appointed chiefs some powers, but in Xhalanga the chiefs failed to acquire legitimacy and instead prompted dissent and resistance.

The importance of this lies in the post-apartheid present, given the African National Congress (ANC) -led government's policy of transferring powers to chiefs without regard for the nuances of local realities.

The weakness of chieftainship in Xhalanga is rooted in the social composition of the area in the nineteenth century. The population of Xhalanga comprised a mix of landowning amaMfengu, who were mostly "school" people (despite the late arrival of both churches and schools in the area) and entrepreneurial farmers, and the "emigrant" abaThembu, who were mostly "red" people without title to the land.

The former were, in the words of the colonial magistrate, "virtually independent of the chiefs" and from the constraints of "custom and tradition". Without control of most land in the area, Ntsebeza argues, local chiefs had little power or legitimacy. In addition, local chiefs were undermined by the colonial authorities - at least until the imposition of the district council system in the 1920s.

In Xhalanga district, strong opposition to the district council system was not because Xhalanga people supported chiefs but rather because the new system represented a setback for fuller citizenship and property rights.

It was after 1948 that the state shifted towards energetic empowerment of chiefs, or at least of those chiefs who collaborated with the apartheid state. The Bantu Authorities Act of 1951 led to struggle between Sabata and Matanzima.

Should "Emigrant Thembuland" - including Xhalanga district - fall under the jurisdiction of the Paramount Chief of the abaThembu (Sabata) or should the area have its own Paramount Chief (for which Matanzima thrust himself forward)?

Matanzima's unwavering loyalty to the Bantu Authority system won him the support of the state, and in 1958 he was made Paramount Chief of Emigrant Thembuland. In Xhalanga, however, there was strong opposition to all chiefs, as well as to the policies of "betterment" and "rehabilitation".

Open conflict erupted amid the heightened political atmosphere of mid-1960: the huts of several of Matanzima's supporters were burnt, one opponent of Matanzima was murdered, and others were deported or forced to flee. When the state delegated draconian powers (including of deportation or banishment) to Matanzima and other chiefs, they were able to crush resistance.

Democracy Compromised deals with the 1960s and 1970s in a rather cursory manner. Ntsebeza notes that the chiefs' power in this period was based on three factors: coercion, patronage (including access to pensions) and land allocation.

The chiefs' power rested on fear, not respect. At the same time, society was changing. The rising population resulted in growing landlessness - at the same time as landholders found it difficult to use their land. Social changes transformed politics, here as elsewhere in South Africa: the arrival of non-government organisations, especially in primary health care, resulted in new forms of local organisation (especially among women); the growing number of students at high school and university meant that radical ideas flowed into the district from the outside; and a resurgence of organisation among industrial workers elsewhere also informed local politics when migrant workers returned home.

The result was, in the mid-1980s, a revival of resistance, focused especially on the chiefs who were the rural counterparts of councillors in urban areas. They were collaborators with apartheid, responsible for implementing unpopular policies and prone to corruption and extortion. Brutal repression by the state - including the murder, in 1985, of Ntsebeza's cousin, Batandwa Ndondo - did not stem the rising tide of popular organisation, led by the "youth", that was deeply hostile to the chiefs. By the early 1990s, local civic activists had seized control of the allocation of land - now for residential rather than agricultural purposes - from chiefs.

Had this book ended with events in the early 1990s, it might have been titled "the rise and fall of chieftainship" in Xhalanga. After some delay, popular resistance had negated the efforts of the apartheid state to impose chieftainship. But carrying the analysis through to the early 2000s adds a twist to the tale.

In chapters one and eight, Ntsebeza examines the post-apartheid revival of chieftainship, "retribalisation" and the "compromising" of democracy. In 2003, the ANC-led government passed two pieces of legislation that, in effect, gave back to chiefs "the powers they enjoyed under the notorious Bantu Authorities Act of

The Traditional Leadership and Governance Framework Act provided for the establishment of "Traditional Councils" in the tradition of the "much-hated" apartheid-era Tribal Authorities, while the Communal Land Rights Act gave "traditional leaders" unprecedented powers over the allocation of land.

These arguments tend to rely on assertions about the resilient character of chiefly legitimacy, pre-colonial in origin, or about the quasi-democratic nature of "traditional" chiefly authority. Ntsebeza supports strongly the inclusion of participatory elements in democracy, but disputes the claims made by and for chiefs that they are the best vehicles for participation.

As he summarises in his concluding chapter, Xhalanga is "an example of an area where unelected and unaccountable structures and institutions have consistently been challenged" (p.298). In Xhalanga, the implementation of the 2003 legislation would "amount to imposing chiefs on an unwilling population".

Democracy Compromised: Chiefs and the Politics of the Land in South Africa. By Lungisile Ntsebeza. Leiden and Boston: Brill. 2005. US$ [The book is set to be released in SA later this year.]