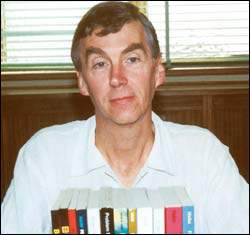 Brian Hahn was a modest person, who saw no need to seek the limelight. But behind that self-effacing exterior lay an individual whose contributions to his discipline, to the education of students, and to his faculty and university, leave us in no doubt as to the debt we owe him.

Brian was a clear thinker, who pursued his goals without a nod to what was fashionable, or to what would give instant gratification. He was a mathematical modeller to his core, and from the start worked to establish mathematical biology as a core component of both teaching and research in applied mathematics.

He was also an early activist for computer-based applied mathematics. What started out as a set of lecture notes on the programming language, Basic, developed by himself and Dr Ruth Smart, a now retired colleague, metamorphosed into a highly-successful series of texts on scientific programming languages.

Brian was appointed head of department in 1999. He was a highly successful head, who combined his natural decency with a tenacity many never knew existed to ensure that his department was a happy and successful one, and that it was well provided for.

Brian loved this university, to which he gave 25 years of his life. By re-affirming our commitment to the core values that lie at the heart of scholarship, namely the search for the truth and for a better understanding of the world around us, we will, in a small way, have paid tribute to Brian Hahn and will have honoured his memory.

Chick was a smart and street-wise pathologist who ran a successful private practice before "retiring" to the UCT Medical School and Groote Schuur Hospital to do broadly-based pathology research. He had no visible means of financial support for his research, so he begged and borrowed bits of equipment, space and services, using only his ample charm. He had all of us working for him. He would disappear for days and weeks at a time and would then emerge with a deftly written paper or two. As a pathologist, Chick was an excellent observer with a sharp eye - he clearly described and published the histopathological features of what we now know as apoptosis (programmed cell death) years before others did. Perhaps that is his metaphor and epitaph - "He saw things that others did not; shared them, but took no credit for himself". He will be missed. 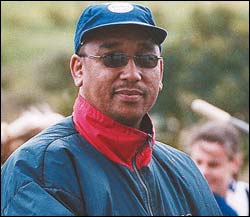 A man for all seasons: If this means what I think it does, an honest man who gives everybody a fair deal, then Keith Hart fitted that bill. In his nine years in sports administration at UCT he exercised scrupulous fairness in his dealings with staff, students and the sports clubs.

Keith was a devoted father, a lay preacher, marriage guidance counsellor and, in more recent times, the leading player in the transformation of rowing, both within Western Province and nationally.

His passion for rowing and for the development of the sport within previously disadvantaged communities was recognised at the highest level. In a recent note Peter Glover says: "Keith's principled and determined leadership in the transformation of rowing is irreplaceable".

In his short four-year involvement with rowing he rose quickly through the ranks, gaining election to the Western Province Rowing Executive and the National Transformation Committee. He was also selected to manage the national student rowing team to the World Student Championships in France and qualified as a graded umpire.

Keith's introduction to rowing began through his involvement with the UCT rowing outreach programme, based in Grassy Park. He never forgot those roots and this remained integral to the success of the programme. He was awarded the Chair of Sports Council's Trophy at the most recent Sports Awards Dinner.

It was common knowledge that Keith enjoyed his job and the fact that it allowed him to study further and to travel extensively. Keith touched many lives. He will be sorely missed. 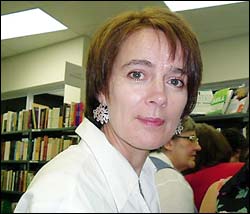 Our beloved colleague and friend, LisbÃ© Smuts, is no longer with us. She died under senseless, tragic circumstances. She was an excellent scholar and wrote a definitive study on the work of Breyten Breytenbach from a Lacanian perspective. She was an artist, a mensch and a wonderful, supportive colleague, always prepared to assist others in the department. She was honoured with a Distinguished Teacher's Award and remains revered by her students. She also administered the teaching of Afrikaans at the Medical School and formulated a new course for language teaching there. She was an adviser to law students in the Faculty of Humanities and a member of the undergraduate committee in the faculty. She is deeply mourned by the entire staff of the School of Languages and Literatures. 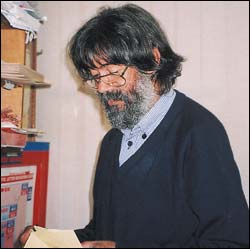 The Department of Properties and Services, and especially his colleagues in the Health Sciences Post Room, will sorely miss Dominic Oppel, who passed away recently after an operation. Dominic grew up in Namaqualand and enrolled as a social work student at the University of the Western Cape after matriculating. He was forced to terminate his studies as a result of kidney failure and, after undergoing a kidney transplant, was able, through the help of the doctors involved in his case, to find employment at UCT as a temporary cleaner at the Medical School in July 1971. He worked his way through the ranks to become a departmental assistant, then a postal messenger and finally post room supervisor on the health sciences campus, a position he held until three years ago when poor health forced him to ease up. Dominic was well loved by all. A quiet, humble person, and never one to complain about his health, his outstanding performance resulted in a number of merit awards over the years. His diligence, friendliness, loyalty and care for detail were but small attributes of this wonderful man. Further health problems resulted in an additional kidney transplant 17 years ago. This severely curtailed his extra-mural activities and as a result of being fairly housebound, he developed an absolute passion for the Sport of Kings, much to the delight of his colleagues whom he regularly entertained with some of his spoils.

Charles Dingley, 62, died on December 25, 2004. Professionally his work spanned the range from computing to power, industry and academia. Graduating in electrical engineering at Wits in 1964, he joined Eskom's power station group.

Despite the glamour of the power industry, he was seduced by the world of computers. He worked for IBM, combining his computing skills and power knowledge in computer systems for utilities. In 1973 he completed an MSc (computer science) at Imperial College in London.

Charles then worked on a series of projects with applications as diverse as radar-based flood warning systems, linear programming of petrol and diesel production in an oil refinery, and the design and specification of the system control centre in Cape Town. He joined UCT's Department of Electrical Engineering in 1985, teaching and supervising many students who now work all over the world.

Charles was very active in the electrification of South Africa. In 1987 he formally proposed a national electrification programme. He examined technology, industry structure and tariffs, leading to work on a basic electricity support tariff, reactive power pricing, and "green" electricity.

His interests were wide. He was a trainee social worker during 1975/6; he regularly presented classical music on Fine Music Radio; he keenly followed cricket; he was a trustee for a programme channelling US funds into education in the Western Cape; and a champion of the disadvantaged.

The university community mourns the deaths of several colleagues between the end of 2004 and beginning of the new academic year.

The swallows are departing
the souls of the dead
silently, surely they leave
to an unknown, quiet, imaginary place,
a regio where the dead, according
to spiritualists, judge themselves
where the self-murderers and murderers
slowly, if ever, find peace
or come to terms with their deeds.
Clairvoyants can call them up,
highly developed mediums can feel their roaming
presences in old ransacked, spooky houses,
like trapped swallows in an airport terminal
flapping their wings in search for an exit,
blinded by damp, frozen windows,
anxious, panicky because this unknown area
restricts and fails to release
them on this obligatory journey without a passport
or an endorsed special visa,
hand luggage or a heavy, overloaded bag.
Susceptible youths also have the ability to see,
lay an extra place at table
for the imaginary, visiting friend;
a messenger from the unreachable other side,
comforts a suffering person.
Mediums translate the longed for
message for a guilt-ridden family member.
And we? The ones left behind? The mourners?
The inheritors of quiet, undecodable postcards?
They leave us with the seed
of what we wanted to feed, with the crumbs
of remorse, of I still-wanted-to-say, make amends;
closed off from this mysterious winter journey.