UCT brainiacs hope to turn exercise science on its head 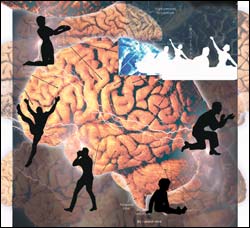 UCT sports scientists have rewritten the textbooks before.

For example, while medical personnel at endurance events were quick to plug woozy athletes onto intravenous drips at the end of energy-sapping races, Professor Tim Noakes and his contingent argued that such drastic measures were not required. Because the blood had pooled in the runners' legs, they pointed out, the athletes needed to do little more than lie down and put their feet up - making sure their legs were above heart-level - thus allowing the blood to ebb back to the heart. Similarly, when organisers and scientists were pressing athletes to down sports drinks and water by the gallon before and during marathons, Noakes (again) and UCT researchers called for runners to cut back on their consumption of liquids instead, showing that drinking only when thirsty did not, as was conventional wisdom, impair performance, but also saved lives.

In these instances, Noakes, colleagues and students at the MRC/UCT Research Unit for Exercise Science and Sports Medicine (ESSM) were simply rewriting chunks of the textbooks. Their latest line of thinking, however, is likely to see the textbooks jettisoned altogether. Or, at best, reduced to a preamble. 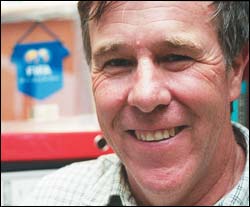 Noakes and colleagues Associate Professors Alan St Clair Gibson and Vicki Lambert argue convincingly that the limitations model of fatigue, the hallmark of exercise physiology since it was first proposed by Nobel-winner AV Hill back in 1923, is all wrong. According to this model, fatigue originates in the muscles.

But Noakes and his group contend, instead, that it is the brain the "causes" fatigue. Hill's limitations model holds that fatigue kicks in either when the muscles run out of oxygen, glycogen (which fuel the muscles) or ATP (adenosine triphosphate, the molecule that muscles use to store energy), or when they are "poisoned" by certain by-products of exercise, such as lactic acid. Noakes put the first dents in Hill's model in an article that appeared in the Medicine and Science in Sports and Exercise journal - for now, the most cited text to come out of ESSM - way back in 1987. Here he showed that athletes could become fatigued even when they had enough oxygen left in their blood to keep going for some time.

In "breaking down creaking edifices" (a Noakes catchphrase), UCT scientists and others have piecemeal also refuted the other underpinnings of limitations theory - that fatigue was always accompanied by the build-up of lactic acid (not so); that the body uses all of the available muscle fibres during prolonged exercise (not true - in fact, fewer fibres are used as fatigue sets in); and that glycogen and ATP stores are polished off during endurance events (not by some margin).

The body is very rarely allowed to reach a "catastrophic" state where it would run out of all such essential reserves, Noakes reasoned. "There is no evidence for a catastrophic failure of anything in the body," he says. "It doesn't make sense." 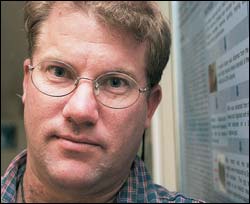 In coming up with an alternative model, Noakes, back in the eighties, toyed with the idea of a central governor (taking his lead from another controversial Hill hypothesis), a control switch of sorts that would keep a sentry's eye on such functions as oxygen consumption and the production of lactic acid. Noakes, at the time, did not have any idea what this governor could be, however.

The trio, together with a score of researchers and students, stepped up with some of the missing pieces for this model. Rather than the muscles dictating the onset of fatigue, it is the central nervous system that with a slew of "physiological, subconscious and conscious cues, paces the muscles to keep them well back from the brink of exhaustion", the three explained in a spread in the March 20 edition of New Scientist. "Our model is a complex one," summarises Noakes, "in which the brain will never allow one to have a catastrophe."

According to the model, the brain, when it senses that the athlete is overstretching him- or herself, sets off a series of sensations that the body translates as symptoms of fatigue. The brain does so to protect itself, the heart and the rest of the body. "Its main function is to make sure you don't get into trouble in whatever exercise you're doing," explains Noakes.

For the UCT researchers, the limitations model has been laid to rest - the challenge now is to find out exactly how the central governor model works. Which means going back to basics, says neuroscientist St Clair Gibson, who collaborates with Professor Kit Vaughan and Dr Lester John of the MRC/UCT Medical Imaging Research Unit to grasp those fundamentals of the brain. "We have to find out exactly how the brain works," he says. "We have to understand its minutiae."

As is wont, the central governor model is likely to undergo some tweaking, St Clair Gibson points out. In particular, researchers will have to come to grips with the "complex integration" between the brain and the rest of the body, the "yin and the yang" of the model, as he likes to put it.

In refining the model, Lambert - who admits to being far more conservative than her two colleagues - has been at pains to emphasise that the model hinges on the interaction of a host of functions and parts, so to speak. "My revolving refrain," she says, "has been that it's the integration of metabolism with [brain] signalling with muscle function, and that the underlying cause of fatigue during exercise cannot simply "boil down" to one or other mechanism . . . It's going to be a complex integration of a variety of messages. And it is likely to be 'context-specific'. How hard am I working? How hot is it? How much stored energy is in my muscles? How much further do I have to go? How do I feel about all of this? 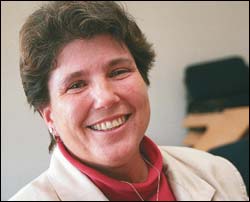 "I like to think of it as a neurobiological conversation."

But the central governor model, she allows, does have plenty of proof to back it up. "All the evidence points to the fact that, in certain contexts, the brain actually pre-determines the pacing strategy, and how hard the body must work, from the outset.

According to the three, the central governor model - Lambert likes to think of it as a "neurobiological model" - has plenty of potential. It is, for one, able to cast light on why hypnosis and amphetamines, both which target the brain more directly than, say, performance-enhancing drugs, are so successful in boosting sports performance.

The reach of the central governor may even extend to the neuromuscular system, controlling each stride that a runner takes, for instance.

The three have won many new friends with their central governor model, which is beginning to be quoted far and wide. Pockets of resistance remain, however. But a series of five new papers, including a 126-page opus, that is set to appear in the British Journal of Sports Medicine may soon silence the critics once and for all, Noakes points out. "These 126 pages are what I've been thinking about for the past 30 years," he says.