Bumpy road ahead for entrepreneurial growth 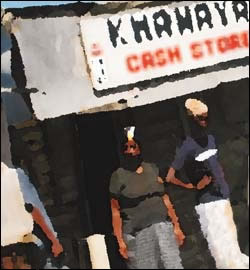 South Africa has slipped further behind in international rankings of entrepreneurial activity, coming in 22nd among 31 countries in terms of new business formation, according to figures in the 2003 GEM report, released by the Graduate School of Business last Monday.

The news is unsettling, coming in the wake of Finance Minister Trevor Manuel's recent budget speech in which he predicted an economic growth rate of 2.9%, up on last year's 1.9% growth rate.

The GEM survey also reveals that high levels of entrepreneurial activity within established firms do not offset low levels of business formation. According to a new measure of entrepreneurial activity within established companies, South Africa ranked 36 out of 40 countries. On both measures, the country ranked last among the developing countries included in the survey.

South Africa, along with countries such as Belgium, Slovenia and Sweden, had TEA rates well below GEM's 8.8% average. But at the top of the TEA pile was a group of developing countries including Uganda, Venezuela, Argentina and Chile. Uganda, by the way, is the first African country besides South Africa to participate in the survey. Their TEA rate of 29.3% was nearly seven times higher than South Africa's.

Recognising that established enterprises often play a significant role in innovation and growth, GEM has also introduced the FEA index, or the firm entrepreneurial activity index. This provides a measure of the extent to which firms older than 3.5 years are being innovative and expecting high short-term growth.

In many cases, higher levels of entrepreneurship by established companies offset low new business formation. Worryingly, this is not the case for South Africa, which ranks 36th out of 40 countries included in the FEA index for 2002/2003.

The inclusion of Uganda in the GEM 2003 survey shows that South Africa's low relative performance is not a uniquely African phenomenon. Uganda had the highest TEA score and the fifth highest FEA score in 2003.

In 2001 and 2002 experts interviewed regarded South Africa's education and training system as the factor that most affected entrepreneurship. In 2003, the main reason cited was financial support.

The authors of the survey believe South Africa's low TEA rate is coupled to the significantly lower proportion of South Africans who believe they have the skills and experience necessary to start a new business.

This survey reports that only 32% of adult South Africans believe they are equipped to begin new businesses, compared with 66% in the other developing countries included in the survey. This is linked to problems in the South African education and training system.

"The purpose of the GEM study is to understand how entrepreneurship contributes to economic growth and how it can be supported by public policy," Orford explained. "GEM was launched with 10 countries. It now encompasses over 40 countries with a combined population of 4 billion, nearly two-thirds of the world's population. Of these 4 billion, 2.4 billion are aged between 18 and 64. Of these, 12% is active in starting or operating new businesses."

Orford says the GEM team suggests work needs to be done in three main areas to put the situation right.

But achieving higher rates of entrepreneurship involves a policy choice by senior politicians to make this an overriding objective of economic and social policy.

"It requires a statement of intent at the highest level that South Africa is committed to becoming a place in which it is easy and profitable to do business. This does not mean we should become a haven for unscrupulous employers seeking to make a quick buck out of exploited workers or by destroying our environment," Orford commented. But it does mean we need to create an environment within which small and medium businesses in particular can flourish."

Expanding the pool of entrepreneurs was a process that had to start in schools, building on improving basics: ensuring teachers and learners are in the schools, that they have books and that pupils leave schools literate and numerate.

"However, it is important to aim higher than this. Ideally, we need people leaving schools to have been taught some basics on business and personal finance. Awareness of entrepreneurship can also be increased. One particularly powerful way is to bring learners into direct contact with entrepreneurs, especially if they are from the community in which the schools are based."