From Korea via Mississippi to a PhD on black concentration camps 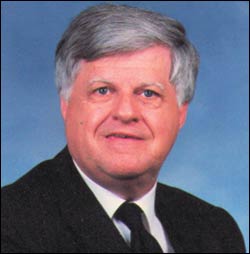 Stowell Kessler: "The blacks were like grasshoppers who had been used up and die at the end of summer."

Concentration camps claimed the lives of as many as 25,000 black people during the South African War (1899-1902), believes PhD graduand Stowell Kessler. The British Army's policy of deliberate neglect of blacks in the camps mirrored, if not eclipsed, the decimation of Boer women and children in the death corrals.

"The blacks were like grasshoppers who had been used up and die at the end of summer," writes the 69-year old Kessler.

A Korean War veteran (he arrived in the war zone in 1952 and remained on after the war ended, clearing mine fields until September 1953), the American-born civil rights activist will get his PhD this week for what historical studies professor Chris Saunders describes as "world-leading research" into the black concentration camps.

Kessler's graduation is a personal milestone. He left school to support his parents and only completed his high school diploma while serving in Korea. His scholarly fortitude is borne out by the Master of Divinity degree he received from Princeton in 1968. His thesis, titled The Suffering Afrikaners and their Civil Religion: The theological roots of apartheid, points to an early engagement with this country's prevailing politics.

But it was only in the 1980s that Kessler finally travelled to South Africa, later taking up his humanitarian offensive on behalf of the unnamed and faceless black men, women and children who died in British concentration camps.

It took Kessler years of "dreary crawling around the archives", sifting through myriad papers and databases to yield the information he sought. It soon became apparent to him that many of the records of these camps had been "lost or deliberately removed from the national archives".

Kessler's research seeks to correct a few false paradigms. The first fallacy is that only the Boers suffered in concentration camps. "There was a strong national myth that there were no black concentration camps and if there were, they were not places of suffering," Kessler added.

The first camps of the war were formed by the order of Lord Frederick Sleigh, Field Marshall of the British Forces in South Africa, as a "protective laager" in 1900 for surrendered burgers who had signed the Neutrality Oath, as well as their families. Lord Kitchener later expanded the camp system, issuing an order to his commanders to remove all the Boer and black families from the farms in the areas where the Boers were engaged in guerrilla warfare.

The black servants of Boer women were allowed to accompany their families to the camps. "Already some blacks were clustering around the white camps. By January 1901 there were some organised black camps in the Orange River Colony and several informal and formal black camps along the railway line in the Transvaal. In all these camps blacks constructed their own housing and had to fend for themselves."

He rejects notions that the black camps were inherently less harsh than the white camps and that fewer blacks than whites died. Some said that the British Army's failure to provide food was a logistical constraint; only a single-track railway serviced the interior, but more trucks could have been employed, Kessler says.

It was also a fallacy that the blacks were not compelled to enter or remain in the camps. "They were not even able to collect firewood in the fear that they would make contact with the Boers," Kessler noted. "They were confined as a war measure to prevent any assistance to the Boers. The only reason that black inmates were allowed outside the camps was to work for or spy for the British."

By June 1901, all blacks except those in the Reserves were ordered into concentration camps. "This was done solely as a military strategy, part of an anti-guerrilla warfare system to sweep the veld clean." British medical policy created high death rates, adds Kessler. His thesis shows that the British colonial medical policy was to provide medical care only when failure to do so would result in epidemic disease, threatening the white and military population.

"This was followed to the letter," says Kessler. Waterborne diseases and measles were the main killers. "Overall the differential treatment accorded to blacks can be summarised as a policy of deliberate neglect. Black camp inmates were deliberately, as a matter of tradition and policy, denied adequate medical staffing, hospital facilities and medical supplies. The British medical establishment's knowledge of the major disease killers in the camp was not only adequate, but the best available in the world at the time."

Kessler notes that the repatriation process in the black camps was used to reshape the role of blacks in the new political structure of a united South Africa. "Milner had foreseen the end result of the war as a joint rule of the nation by the two white races over a well treated black labour system from Cape Town to the Zambezi. Thus, the aims of the war conceived of by Milner and the mining industry, beginning with the Jameson Raid conspiracy, were now fully realised."

Lastly, Kessler refutes claims that the camps, black and white, were formed for humanitarian reasons. "Lord Milner himself had said that the camps had been formed for 'purely military reasons'.

"For this reason it is not possible to place the camps on the periphery of the battles and the political settlement of the war, as several have done in their histories of the war. If, for no other reason, the almost 50 000 deaths in the concentration camps out of approximately 70 000 total deaths during the war, raises the camps to a place of prominence in the historiography of the war."

Kessler has proposed to the government that a national monument be erected at Mafikeng, where the war began and where most black people died. He believes it is necessary to impart some visibility to the "invisible victims".

Beyond the South African War, Kessler has turned his attentions to another battlefront. He has been working with AIDS patients since 1985 and has established an AIDS ministry at remote Mamafubedu in the north east Free State.

What keeps him here? "It was on a research trip in 1988 that I met a genuine beautiful Boer vrou and married her in 1991," he explained. "So I guess I am lost in the veld."

In many ways, he has travelled high and lows roads. In an e-mail to Monday Paper last week he wrote: "This degree is kind of a climax to a long adventure of tilting at windmills and some real foes, including some torture in a Mississippi jail and being stuck with cattle prods in Georgia and sharing cells with black and whites in the Civil Rights Movement in the USA and training people here in 1989 in non-violent disobedience – "

He remains unequivocal about the purpose that defines his own history: "I have devoted my life in America and South Africa to the liberation of black people."