The year that was: Second quarter 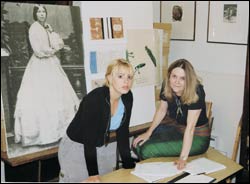 R1-m donated by De Beers and Mellon Foundation for Prof Pippa Skotnes (above) and Eustacia Riley to digitise one of the world's largest and richest folklore collections, the Bleek Lloyd Collection. Academic support and mentoring programme in the geological science department reports great success in graduating a growing number of black and female geologists. 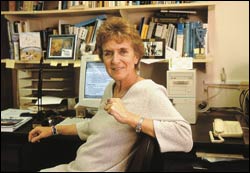 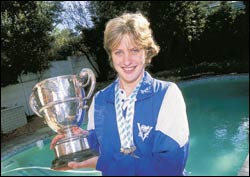 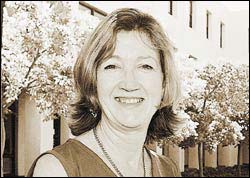 Prof Tim Noakes, Discovery Health Chair of Exercise Science, announces that, after a lengthy "war of words", USA Track and Field have adopted his hydration guidelines for their sporting events. Dr Ailsa Stewart-Smith (above) is the new head of the GSB's Executive MBA. 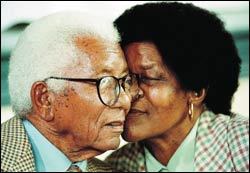 UCT remembers the 50th anniversary of the discovery of DNA and mourns the passing of ANC stalwart Walter Sisulu (above). Prof Joan Hambidge appointed deputy dean of humanities. 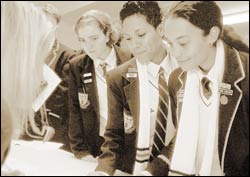 Postdoctoral student Dave Hatton coaches SA schools maths side to a second successive win at the Pan African Mathematics Olympiad. The new Department of Communication and Development, which incorporates the Development Office, replaces the old Department of Communication and Marketing. Close to 4 000 visitors flock to UCT's Open Day on May 10 (above). 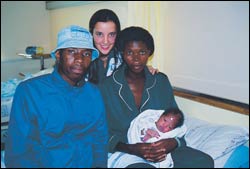 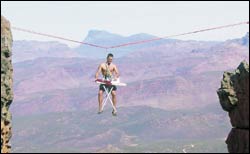 The Division of Medical Virology opens two state-of-the-art laboratories, including a biosafety level three (BSL-3) facility, a first for UCT, a move that allows the division to work with live virus cultures for the first time. Doctoral student Gordon Forbes and medical graduate Troye Wallett win the 2003 International Extreme Ironing Trophy, while hoisted across a 30-m-wide gorge in the Cedarberg (above). 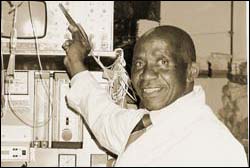