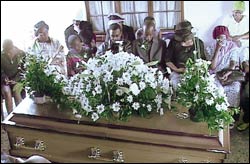 With nearly 50% of black adults in South Africa investing approximately R12-billion in stokvels and burial societies annually, marketers should not only recognise the importance of these saving schemes but also support them with appropriate products and services.

This is according to Professor John Simpson, head of the UCT Unilever Institute of Strategic Marketing, who was presenting the findings of Stokvels: Making Social Cents?, a research project that has attempted to understand the complexities of the cultural, social and financial interface of this thriving industry.

The project evolved from a previous institute project, namely Stockings and Stokvels, which was undertaken in 2002.

Simpson explained: "The specific objective of Stockings and Stokvels was to discover what really happens at Christmas time in black South Africa. The marketing community expressed a need for more information on stokvels specifically and the institute recognised the need for meaningful information on the informal 'banking industry' and its contribution towards the purchase of consumer products and services."

Stokvels have been part of black South African history for the past 50 years with "stock fairs" being held in the Eastern Cape in the early 19th century. Labourers then adopted the concept as an indigenous alternative to "settler" banking.

What started as a simple savings solution has today grown into a fascinating range of stokvels for every possible need in life, ranging from joyous occasions such as the Christmas stokvel (saving for a generous December food shopping spree), to a hybrid of the stokvel, the burial society, which lends financial and social support to grieving families.

Stokvel members contribute a fixed amount of money to a common pool weekly, fortnightly or monthly. Money is drawn either in rotation or when a particular need or occasion arises.

Burial societies, on the other hand, can be seen as informal self-insurance schemes, which absorb the costs of social activities and cultural requirements of funerals.

Born from a need to create a trustworthy environment for saving, the stokvel has gone beyond the role of simply "making life easier".

The institute's research shows that the stokvel is not necessarily limited to only poor or rural South Africans. In fact, black executives in urban areas belong to highly sophisticated stokvels that generate significant income.

The methodology of the research included 24 focus groups, conducted nationwide during May and June 2003. The groups were both urban and rural, 60% aged 30 plus, gender specific, with three of the groups focusing on insight from non-stokvel members.

Secondary research included quantitative and qualitative desk-top research from a number of different sources. One such source was FinMark Trust, who contributed information from their studies into stokvels and burial societies in South Africa.

The institute's findings show that marketers should take cognisance of the fact that well over half of all stokvel members are women living in Gauteng and KwaZulu-Natal.

Forty one percent of stokvel members and 45% of burial society members do not have a personal bank account. These individuals are referred to as "the unbanked".

The total amount invested in stokvels annually by the unbanked sector is estimated to be R1.3-billion. This amount rises to an estimated R2.6-billion when dealing with investments by the unbanked in burial societies.

"We have seen that some stokvels and burial societies have very sophisticated micro lending schemes," said Simpson. "But while they evolve into highly efficient businesses, they continue to retain their communal character."

According to Simpson this is where the concept of "ubuntu" comes into play.

"In the black community every person is seen as an integral part of the community. When a child is born, they belong to the community. Biological parents are essentially responsible for the child but the community plays a role in the child's development.

"In this 'ubuntu society' people look after each other's needs and share resources. Trust is the other side of the ubuntu coin, which is probably best translated as a common humanity," Simpson added.

With burial societies, however, it is the concept of death, which continues to evoke reverence.

Believing that death reunites individuals with their ancestors, families are choosing funerals that cost 3,5 times more than the entire monthly household income.

"People who can barely afford groceries are spending up to R18 000 for a casket," explained Simpson.

But as one respondent said: "When you die you are reunited with your forefathers and this warrants a big send off."

Simpson said that despite the huge amount of money being poured into stokvels each year, the research findings show how, for the most part, South African marketers have not responded to, or understood this informal banking and business sector.

He added that marketers needed to respond proactively to the market in order to play a role in its future, which would depend on other savings solutions and the ability of the formal banking industry to understand and communicate effectively with stokvel members.

"It's back to Marketing 101 - knowing your customer and what their needs are," commented Simpson. "Stokvels have stood the test of time and will continue to be around, adapting and adjusting as and when they need to. As marketers, we don't want stokvels to die, we want them to thrive and we want to help them thrive."

The future of burial societies is, however, dependent on several factors, one of which is the HIV/AIDS epidemic.

Respondents in the study expressed a real concern about the ability to bury the dead with dignity, respect and a traditional ceremony, especially with funding drying up as a result of increases in deaths.

But as one respondent stated: "AIDS will make people support each other because we are all affected. A lot of people are unemployed, the only cover they can rely on is that provided by the burial societies."