Two UCT photographers in line to snap up major award 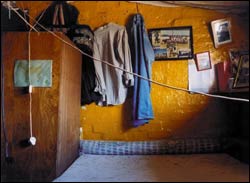 Through the lens: Empty Beds by Zwelethu Mthethwa is one of the photographs that has earned the UCT graduate a nomination for this year's DaimlerChrysler Arts Award. 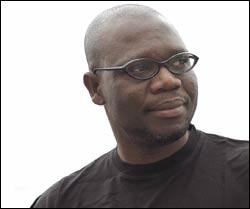 Two UCT graduates feature among eight leading South African photographers who have been short-listed for the coveted 2003 DaimlerChrysler Arts Award, their nominations following hard on the heels of the 2002 win by University lecturer and sculptor Associate Professor Jane Alexander.

Both Mthethwa and Ractliffe have been exhibiting their works broadly since their student days. In addition to their regular South African shows, their images have graced galleries around the world, and have been on display everywhere from Iceland to Italy, New York to Paris.

According to DaimlerChrysler chairperson, Christoph KÃ¶pke, the purpose of the arts award is to continually improve the image of South African arts and culture, both at home and abroad. "The nominees selected for this year's award are, without exception, highly talented, possessing and portraying the multi-faceted face of life in South Africa," he said.

The winner will be named later this year.