Party of five for Harvard

07 April 2003
Five UCT scholars have been awarded this year's batch of UCT-Harvard Mandela Fellowships to spend time in research at the Harvard University's WE Du Bois Institute for African-American Studies in the United States.

The fellowships were established a few years back through the generous support of the Andrew W Mellon Foundation of New York. The postdoctoral awards are intended to strengthen connections between Harvard and UCT through facilitating periods of study and research by UCT academics. 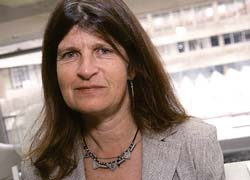 Harvard: As part of her research at Harvard, Pym will focus on the areas that currently concern her as Co-ordinator of both the Faculty of Commerce's Academic Development Programme (CADP) and the Commerce Education Group (CEP). This will involve issues around deep-level learning, and looking at how teaching at a development level can be enhanced.

Time: Pym will travel to the US in September of this year, and will remain at Harvard for about 10 months.

Value of fellowship: Pym notes that she will benefit from exposure to various academics and classwork, engaging particularly with an exploration of those factors that could be pertinent in a South African tertiary institution that will enhance deep-level student learning. It is intended that this will further enhance her existing work in triangulation, collaborative research and the facilitation of training forums. 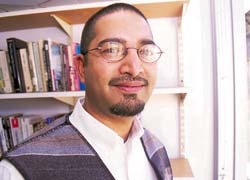 Harvard: Reddy will be keeping up with his research interests in how power is used to dominate people and the resistance subjugated people engage in; how people get the collective identities they identify with or have imposed on them; and the study of various theorists who help in understand these issues. He plans to investigate the politics of higher education, ie the relationship of higher education, particularly universities, and social transformation in South Africa. And time permitting, he also hopes to complete a long standing, "but deeply cherished", manuscript on black consciousness in South Africa.

Time: Reddy will spend three months in the US, from April to June this year.

Value of fellowship: "It allows space and time to dedicate completely to my research and writing, away from administration, teaching, supervision and consulting students," notes Reddy of the many advantages of his upcoming sojourn in the US. "Based at the WB Du Bois Centre, known for its studies into power and identity - as these relate to African experiences - will undoubtedly contribute to my intellectual and academic development," he added. 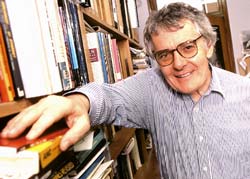 Harvard: During his stint in the US, Saunders will be working on a comparison of freedom struggles in the US and South Africa.

Time: Saunders will probably head for Harvard in September, and will be staying there for three months. 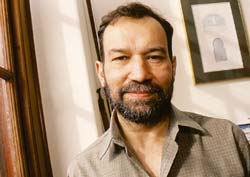 Harvard: Schalkwyk will keep up with his interest in Shakespeare, and will specifically be investigating ways of teaching the Bard's works in South Africa. He is interested in shaping an argument that many South African students have a potentially better understanding of Shakespeare because of a possible parallel between a developing Third World context and Shakespeare's own cultural and social conditions.

Time: Schalkwyk will settle in at Harvard in July 2004 and will return to UCT in January 2005.

Value: "It, firstly, enables one to spend a period of time at one of the best tertiary institutions in the world," observes Schalkwyk of the fellowship, adding that he plans to make generous use of Harvard's "extraordinary" library. "It will also allow me to speak to people whose business it is to teach and research Shakespeare as a speciality, to attend conferences, present papers and talk to colleagues." 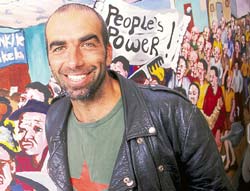 Harvard: Shepherd will be continuing his work on two ongoing projects, the first being an edited volume, with the CAS' Noeleen Murray and Professor Martin Hall, called Disturbing Presence; Thinking through the past as heritage in South Africa, while the second is a single-authored work on archaeology and post-colonialism which has been supported by a small Wenner-Gren grant. He'll be working on both of these projects, but particularly on the single-authored work that should be just about ready to pull into final shape, he says.

Time: Shepherd will be taking his entire family - wife and two kids - over in the middle of December (Christmas will be spent in Mexico), and will start his tenure at Harvard as of January next year. He'll be there until May 2004, but will spend some time in the UK before returning to home shores.

Value: "The Fellowship provides a wonderful opportunity to look at one's own work in the context of the kind of work taking place in the traditional centres of academic production," notes Shepherd. "At a personal level, it provides an invaluable opportunity to build networks and renew links with colleagues abroad. It also provides time out to write in a congenial environment."