How strong is Spider-man's web really? 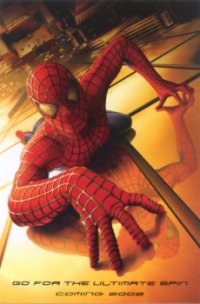 
IS Spider-Man's web really strong enough to support him as he swings from building to building? Why did Superman's home planet of Krypton explode? How much would the Flash need to eat in order to run around the globe in 80 seconds?

The man to ask is University of Minnesota physics professor, Jim Kakalios. Kakalios, who has taught physics at the school since 1988, is entering his second semester teaching an elective course for freshmen called Science in Comic Books. Or, as he calls it in his syllabus, "Everything I Know of Science I Learned From Reading Comic Books."

He says using comic books to teach the fundamentals of physics is a great way to stimulate his students. "It seems by the time they left the class, they were looking at the world with a more critical and more scientific eye," he says.

The fun lies in pointing out where the comic book writers got the science right, and where they got it wrong, he says.

Kakalios, a comic book lover whose office is filled with action figures, came up with the idea for his class after applying physics to a 1973 Spider-Man comic in which Peter Parker's girlfriend, Gwen Stacy, dies. Gwen is knocked from a bridge by the evil Green Goblin, but Spider-Man catches her with his webbing an instant before she hits the water.

When Spider-Man pulls her up, he discovers to his horror that she is dead.

While Spidey was shocked, Kakalios was not.

The professor estimated Gwen's falling velocity, applied Newton's Second Law of Motion and calculated the G-forces exerted when she went from 95 mph (153 kph) to a standstill in an instant. "It's not surprising her neck broke," Kakalios says.

The explosion of Krypton, part of Superman lore, is one of those cases where the comic book writers got the physics right, Kakalios says. In the early Superman comics, the explanation for his superpowers was that he came from a planet whose gravity was much greater than Earth's, Kakalios says.

Thus a hero so strong that, on Earth, he could leap a tall building in a single bound.

Kakalios calculated Krypton's gravity by working backward from the force required to leap a building on Earth. From there, Kakalios concluded that Superman's planet must have had a core of superdense – and dangerously unstable – material. "Then you realise why Krypton exploded," he says.

In what is likely to be of interest to fans of the box-office hit Spider-Man, Kakalios concluded that Spidey's web is plenty strong enough to swing him from a building or catch a falling heroine. The comic book says the hero's webbing has the tensile strength of steel; from that, Kakalios calculated it could support a couple of tons.

For his final exam, Kakalios had students choose a comic book scenario to work as a physics problem.

History major Kristin Barbieri (19) tried to figure out how much caloric energy the Flash would need to circle the globe in 80 seconds, as he did in one comic book. She concluded that the superhero simply could not have eaten enough to do it.

"He would have been able to get the first burst of energy, but he would have sunk (in an ocean) after that," Barbieri says.

Computer science major Eric Caron (19) also worked a Flash problem. In one comic book, the Flash vibrated his molecules to melt ice that encased him. Caron tried to figure out how fast the hero would have had to vibrate.