Tale of two mothers in a divided society 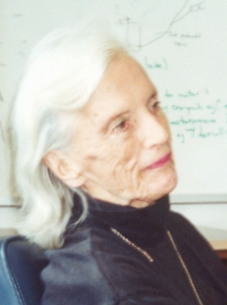 Mothering memoirs: Emeritus Professor Frances Ames' new book, Mothering in an apartheid society, is a candid and poignant recollection of her 30-year relationship with her domestic, Rosalina, and her attempt to understand their common humanity.


EMERITUS Professor Frances Ames' new book could well have been called "Conversations with Rosalina". Instead, the brief, autobiographical reflection on her 30-year relationship with her domestic help bears a more austere title, Mothering in an Apartheid Society, mirroring the backdrop of a racially and culturally divided society.

Now in her 80s and semi-retired from neuro-psychiatry, Ames was just 47 when her husband died, leaving her to bear "the double burden" of raising four sons and working outside the home in a male-dominated medical profession where flexitime was unheard of. The mothering and housekeeping fell to Rosalina.

Ames' story juxtaposes the insights and candid recollections of two very different women, one white, highly educated and urban, the other black, poorly educated and rural. Ames describes her recollections as "an attempt to discern our common humanity". "Cultural, class and political factors, especially in an apartheid South Africa initially made us strangers but the thirty years of co-existence and our shared passion for young children finally established an understanding," she wrote in her prologue.

Her insights are poignant and honest, reflecting her ambivalent feeling about Rosalina, which oscillated between guilt and need. "My ambivalence about being an employer made me insensitive to her needs. I couldn't look at her, because if I had, I would have got involved and I didn't have time for that."

But their children were the catalyst in their relationship. Both were passionate about young children, though their mothering styles differed. This forged a bond that endured, softening into mutual understanding after both women retired. "Rosalina was one of the few women I learnt from, learnt to respect and love."

Looking back over her career, Ames says she regrets having kowtowed to her male superiors. "I never thought to question anything." Invariably, this put pressure on her dual role as a mother and doctor. Ironically, it was Ames who led a group of male doctors to challenge the powerful South African Medical and Dental Council after they failed to censure the district surgeon and doctor who treated Steve Biko before he died in detention. She also testified before the Truth and Reconciliation Commission to this effect.

Taking time out to deal with the "cosmic priorities" she mentions in her book, isn't part of the plan yet. "I feel infinitely privileged in being able to continue the work I love. I've earned the right to live an uncluttered life. I still take fire over all sorts of issues," she says with a hint of defiance. "I shall go on till I drop."

Copies of the book are available through the Secretary, Department of Psychiatry and Mental Health, Groote Schuur Hospital 7925, tel 404-2164, at a cost of R70. Proceeds go to the Quaker Service (Early Learning Programme).