26 May 2002
"With the international movement towards 'normalisation', there has been a drive towards deinstitutionalisation and caring for people with intellectual disability within the community." 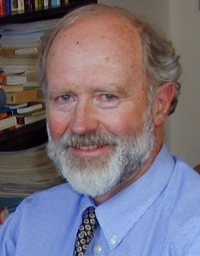 Mind on the matter: Prof Chris Molteno, who holds the Vera Grover Chair of Mental Handicap at UCT, is engaged in a wide range of initiatives to assist people with intellectual disability and is participating in a large collaborative study with Wayne State University in Detroit on Foetal Alcohol Syndrome (FAS).


THE RECENT Brain Awareness Week (March 11-15) and media reports of a case in which an intellectually disabled man was decapitated, have put the spotlight briefly on the plight of those with intellectual disability.

"With the international movement towards 'normalisation', there has been a drive towards deinstitutionalisation and caring for people with intellectual disability within the community," said UCT's Professor Chris Molteno from the Department of Psychiatry and Mental Health. "However, in order to achieve this, one needs to strengthen community facilities."

Molteno has held the UCT Vera Grover Chair of Mental Handicap since 1990, the only chair in mental handicap in South Africa. He also heads the Department's Division of Intellectual Disability as well as the clinical services within the intellectual disability platform of the Associated Psychiatric Hospitals of the Provincial Administration of the Western Cape (PAWC).

The move to deinsitutionalise many people with intellectual disabilities began in earnest in the Western Cape in 1995, but the road has not been smooth. "In developed countries it has been much easier because these communities have more resources," Molteno pointed out. "Even so, we believe this is the correct way to go in South Africa. It can work if we put facilities in place. Some patients from Alexander and Lentegeur Hospitals have already gone home to receive care or have been moved to group homes."

Another important development in the care of intellectually disabled people is the treatment of their mental illnesses. In the past, because of the practice of "diagnostic overshadowing", neglecting to make a diagnosis of mental illness in the presence of intellectual disability, this did not happen. "Intellectually disabled people can and do develop mental illnesses," Molteno added. "These need treatment, but because of communication disabilities, it is often difficult to diagnose these. In many cases these patients were medicated inappropriately with major tranquillisers and usually institutionalised."

Three years ago a short-term unit was opened at Alexandra Hospital, run by Dr Elizabeth Peter, to treat such problems. "This unit is one of a few in the world and Dr Peter has gained an international reputation," said Molteno. Peter is a member of the National Association of Dual Diagnosis in the United States and is considered a pioneer in treating people with intellectual disability and mental illness.

One of the strengths of the Unit is that the team is able to call on the combined expertise of Dr Ashley Robins and Joe Talmud from the Department of Pharmacology. "The rapidly expanding field of psychopharmacology is of major importance in this area," Molteno commented.

One of the ways in which he and his colleagues have tackled the lack of community facilities involves continuing education. Molteno and Ekin Kench of the Cape Mental Health Society have developed a joint distance learning programme, Learning for Life, which targets both professionals working with disabled children and grassroots community members who either have disabled children or are involved in some way with disability. Thus far the programme has been offered mainly in the Western and Eastern provinces, but this year it has been expanded to two other provinces.

Molteno is presently engaged in a collaborative mother/infant study on Foetal Alcohol Syndrome (FAS) with Professors Sandra and Joe Jacobson of Wayne State University in Detroit. They hope to complete data collection by the end of the year and to publish the results in journals dealing with alcohol abuse, as well as in the public media.

"FAS was thought to be prevalent on the wine farms where the 'tot' system was in operation.

"This practice is illegal now, although it does occur on isolated farms, but drinking is startlingly high among pregnant women throughout the Province, in rural and urban communities, including the Cape Flats. It's recognised as the most easily preventable cause of intellectual disability but it is a complex issue and PAWC have begun a preventative programme as part of a long-term campaign to reduce the incidence."