26 May 2002
FIVE candidates, including four presently employed at UCT, have been short-listed for the Deputy Vice-Chancellor positions. They are:

Associate Professor Cheryl de la Rey from the Psychology Department and Executive Director: Research, at the National Research Foundation (NRF);
Professor Martin Hall, Dean of the Centre for Higher Education Development (CHED);
Dr Duma Malaza, Director of Planning;
Professor Martin Snaith, Professor of Highway Engineering and immediate past Pro-Vice-Chancellor of the University of Birmingham; and
Professor Kit Vaughan, Hyman Goldberg Professor of Biomedical Engineering and Head of the Department of Human Biology.
Chair of the Selection Committee, Mary Burton, said: "We expect that from among the five candidates we will be able to recommend a team which we believe possess the competencies the Vice-Chancellor wants in his office. We will look at leadership and management skills in addition to particular competencies in specific areas.

"Council will decide on the number of appointments to be made, and once this has been done the areas of responsibility and job descriptions will be outlined more clearly."

April 11: The five candidates will meet with members of the Senior Leadership Group, student representatives and Council. April 12: The candidates will meet with representatives of the academic and administrative staff and members of Senate. April 15: The final interviews with the Selection Committee take place. May 8: This will be a busy day as Senate meets to consider the Selection Committee's recommendations, the Institutional Forum meets to state whether they are satisfied that the approved process has been properly implemented, and Council meets to consider the recommendation of the Selection Committee. 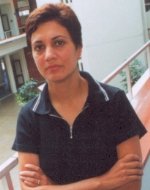 Born in Durban, De la Rey matriculated from Parkhill Senior Secondary before completing her Bachelor of Arts, Honours and Masters degrees at the University of Natal. After teaching at a school for a year, she joined the psychology department at Durban-Westville as junior and, later, full lecturer.

She completed her PhD at UCT in 1999, her thesis covering the Career narratives of women professors in South Africa.

Still based at UCT, De la Rey is currently seconded to the National Research Foundation (NRF) as Executive Director: Research Promotion. Here she is responsible for, among other things, nine of the Foundation's focus area programmes through which funding is granted to tertiary institutions; developing a funding framework for research support; and building consultative relationships with researchers. De la Rey has been a member of the Cape Technikon Council for the past four years, and has been serving as its vice-chairperson since 2000. She is also the chair of the Personnel Committee of that body. From July 2000 to February 2001, she was commissioned by the national Department of Education to manage the review of the policies and procedures that measure research output at universities and technikons.

The final report on that review is currently being considered by the Council on Higher Education.

Her involvement at UCT has included acting as the Vice-Chancellor's Nominee on Racism and Racial Harassment, as a board member of the African Gender Institute (AGI), and as a staff assessor of the UCT Student Court.

She has also served on several of the University's committees, such as the Institutional Culture Working Group and the Staff Planning Working Group.

In addition to her teaching commitments, De la Rey has penned numerous articles for journals and books, as well as reports and papers.

She sits on the editorial boards of Peace and Conflict: Journal of Peace Psychology, Agenda: a Journal about Women and Gender, and Feminism and Psychology.

She is also the editor of the South African Journal of Psychology.

Professor Martin Hall is an archaeologist by training and received his BA and PhD from the University of Cambridge, the latter qualification in 1980. He joined the University in 1983 as Research Officer in the Department of Archaeology and was appointed Professor of Historical Archaeology.

In 1999, following the restructuring of UCT's faculties, Hall became Dean of CHED, a position he still holds. He is a Fellow of the Royal Society of South Africa and has held a number of influential positions on various bodies and projects, including several international and national organisations. The most noteworthy of these include the Council of Higher Education Governance, an appointment made last year, National Coordinator of the South African Universities Vice-Chancellors' Association (SAUVCA) Quality Assurance Forum (2001) and Deputy Chair of the AIMS project at UCT (2000–2001).

He was also Director of the Multimedia Education Group from 1997–2001. In 1995 he was appointed to the NRF/UCT Research Unit for the Archaeology of Cape Town and President of the World Archaeological Congress in 1999.

He has taught at both undergraduate and postgraduate levels (including the Graduate School of Business). His research interests and pursuits focus on archaeology, as well as new media and higher education transformation, in which area he has published several major works.

He has also published widely across a spectrum of media, including numerous papers in journals, electronic publications, six books, eight encyclopaedia entries and a work of fiction. 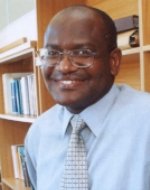 Dr Duma Malaza, a high-energy theoretical physicist by training, is currently Director of Planning at UCT.

In addition, Malaza filled the positions of Deputy Vice-Chancellor and Principal, and Acting Vice-Chancellor and Principal at the University of Transkei prior to his move to UCT. Although currently working as an administrator, he has kept up – as far as is possible with his busy schedule – an interest in the field of physics. He has contributed to the proceedings of several national and international conferences, and has published a number of articles in refereed international journals.

He was appointed as Director of Planning at UCT in March 2000.

Professor Martin Snaith graduated from Dublin's Trinity College in 1968 with an Honours degree in Engineering, a pass degree in Arts and a cap for representing Ireland in international athletics.

He gained an MSc at Trinity, working on soil dynamics for the US Corps of Engineers and gained his PhD at Nottingham, working for the British Government's Transport and Road Research Laboratory. Back at the Corps of Engineers in Dublin he devised the first non-linear elastic multi-layer finite element model for the prediction of road pavement behaviour, which later led to the production of a generic analytical pavement design package.

Later, at Queens University in Belfast, Snaith moved into his lifelong interest with road maintenance processes, working closely with the Northern Ireland Roads Service, a continuing collaboration that has resulted in the development of a wide variety of basic research techniques.

In the 1980s Snaith was asked to create a centre of excellence in Highway Engineering and Management that could be used around the world, particularly the developing world. The highly successful Master's programme has trained over 400 top flight engineers who now fill senior positions around the globe. Alongside this a powerful research team has also been established with Snaith providing overall direction and guidance.

The products of his work are in use around the world and he has published numerous journal articles, a seminal book on pavement management and chapters for a volume on highways, published earlier this year.

He has worked widely throughout the world and his technical work was recently recognised by his election to the Royal Academy of Engineering, to sit alongside his Fellowships of the Institution of Civil Engineers and the Institution of Highways and Transportation.

In parallel with his academic work, Snaith has developed strong links with the professional world. He has served on national and international committees for governments, professional bodies, aid agencies and private enterprise.

For the past 10 years he has spent an increasing proportion of his time on university affairs at Birmingham, first as Deputy Dean of Engineering and then as Pro-Vice-Chancellor initially responsible for all staff and student affairs. In 1996 he was given the research portfolio, changing the environment in which research is conducted and fostering an ethos of research among the undergraduate community, evident in new research contracts, funding for new capital research infrastructure and the establishment of a regional consortium for spin-out products and the spreading of enterprise involving some US$5-m. 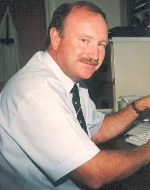 Professor Kit Vaughan completed his BSc Honours in Applied Mathematics and Physics at Rhodes University in 1975 and his PhD in skeletal biomechanics at the University of Iowa in the US in 1980. In 1984 he completed a post-doctoral fellowship in orthopaedic engineering at Oxford University in the UK.

He made his mark at a young age, receiving several prestigious scholarships and the President's Award to Young Investigators by the CSIR in 1984. Vaughan also has extensive teaching experience, at both undergraduate and postgraduate levels, lecturing in mathematics and biomechanics.

He began his academic career at UCT in 1980, later moving abroad to America where his last post was Tenured Professor of Orthopaedics and Biomedical Engineering and Director of the Motion Analysis Laboratory at the University of Virginia. In 1996 he returned to UCT where he was appointed Hyman Goldberg Professor of Biomedical Engineering, followed by the award of an MRC/UCT Medical Imaging Research Unit in 2000, and his appointment as Head of the Department of Human Biology in 2001. Vaughan has also held numerous visiting professorships since 1988, taking him from Canada to Sweden and Japan, and latterly to University College Dublin in Ireland in 2000.

Vaughan's research has two major themes – medical imaging and the mechanics of human walking – and has published extensively in the latter field. He has received numerous research grants from organisations as diverse as the National Institutes of Health in the US, the Wellcome Trust in the UK, and the Medical Research Council of South Africa, and is currently the holder of two Innovation Fund grants. This work was filmed for National Geographic and will soon be featured in the Tomorrow's World programme on the BBC. In 1999 Vaughan was elected a Fellow of UCT.

From a business perspective, Vaughan has a wide range of experience. In the mid-80s he designed software for a digital camera system, while in the early 1990s he acted as a design and management consultant for various orthopaedic products, being awarded a US patent for a wrist brace. He currently serves as a UCT-nominated Director for: the Sports Science Institute of South Africa; Acorn Technologies, described as "an incubator for medical device companies"; and African Medical Imaging, of which he is Managing Director.

Professionally, Vaughan serves as the Associate Editor for two international engineering journals, and at UCT he has seen duty on the PRISM steering committee and an AIMS working group to evaluate the role of Deans. Of all his activities as an academic, the one that provides him with the greatest sense of accomplishment is training postgraduate students. In the past two decades Vaughan has had the opportunity to supervise and graduate 50 students at the Honours, Master's and Doctoral levels. He has also acted as a mentor to six post-doctoral fellows and is currently supervising 13 postgraduate students.