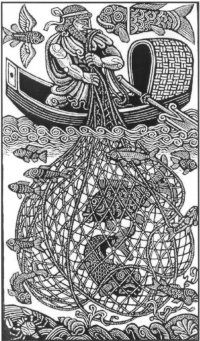 Czech point: Czech graphic artist ZdenÃ©k Mezl's distinctive woodcuts combine myth and legend and are on exhibition at the Irma Stern Museum until May 22. His specific medium is becoming increasingly rare.


ZDENÃ‰K MEZL, a Czech graphic artist who lives and works in Prague, is exhibiting his woodcut works at the Irma Stern Museum until May 22. These distinctive works, presented by the Consul General of the Czech Republic, are also for sale.

"His astonishing oeuvre of woodprints is unbelievably intricate, complicated and refined. Stylistically, the works could be compared to 'naÃ¯ve' or 'primitive' artists of the 20th century, like Henri Rousseau, even though Mezl's style is more realistic and refined."

According to Peter, Mezl's medium of woodprints is fast becoming a thing of the past and "increasingly rare". "For that reason they are sought-after for the fragmented mindset of the postmodern man of the 21st Century."