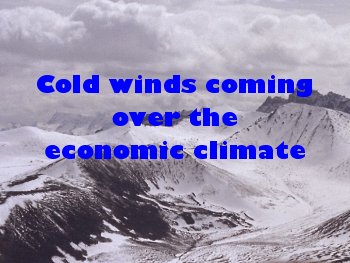 Before and After: Imminent climate changes, if not addressed, could have severe economic impacts for South Africa, according to a new report by the EDRC.


The effects of malaria could set the country back as much as R1-billion per year by 2050.

THE GREATEST loss of income due to climate changes in South Africa could possibly be to the "fickle" tourism industry, as well as human health and the loss of biodiversity.

This according to a recent report by, among others, the Energy and Development Research Centre (EDRC), in which it attempted to attach monetary values to a range of impacts due to climate change. In Economic Impacts of Climate Change in South Africa: A Preliminary Analysis of Unmitigated Damage Costs, the EDRC also argues that the greatest impacts could also be to traditionally non-market areas such as the existence value of biodiversity, the subsistence use of natural resources, and the impacts on human health.

The effects of malaria could, for example, set the country back as much as R1-billion per year by 2050 (in year 2000 rands), the report says. (The damages are upper bound estimates, in that responses to these impacts were not included, neither the reduced damages nor the costs of adaptation.)

Based on the findings of the "Vulnerability and Adaptation Study for the South African Country Study on Climate Change", the paper notes that most such reports – usually carried out in developed countries – concentrate primarily on market impacts, such as agriculture. The EDRC opted to include non-market impacts in its study, however, noting that "all impacts have their basis in changes to natural systems".

The impact of climate change on tourism due to loss of habitats and biodiversity, changes in temperature, humidity and malaria risk, could lead to a loss of about 3% of Gross Domestic Product (GDP), adds the report. The reduction in tourism demand due to such a loss of biodiversity and risk of disease could amount to anything between R4- and R26-billion per year.

In turn, areas such as agricultural systems would not be nearly as impacted as natural systems, crops only expected to be affected by changes in precipitation, temperature and CO2 levels. "Overall, because of the positive effects of CO2 fertilisation, the impacts on crop production are relatively minor in relation to the value of the sector as a whole," the study points out.

It adds, however, that subsistence farmers are still vulnerable because of their lower capacity to adapt.

The fact that greater losses are expected in non-market systems is interesting, specifically because these are usually ignored in studies, notes the EDRC. "However, this pattern is to be expected for a developing country, and would undoubtedly be even more strongly the case in other African countries," it adds.

The report was compiled by Dr Jane Turpie of the Percy Fitzpatrick Institute, the EDRC's Harald Winkler and Randall Spalding-Fecher (all at UCT) and Guy Midgley of the National Botanical Institute. The paper was commissioned by the Forum for Economics and Environment and sponsored by USAID. A copy of the study can be obtained from the Centre or downloaded from their web-site at www.edrc.uct.ac.za.