Going where Shuttleworth has not gone before 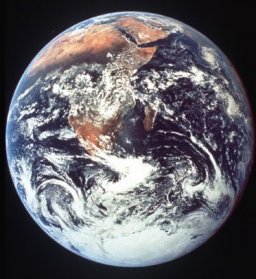 Asked by a young pupil during a ham radio connection what takeoff was like, "afronaut" Mark Shuttleworth replied: "It was a wild, wild ride." The same can probably be said of the 28- year old UCT Commerce graduate's trajectory to success. He worked through many nights, hunched over a computer in his parents' garage to form the digital certification company that VeriSign traded a bank vault of money for. There were also hitches along the way (he was rejected by Microsoft, for one). His first achievement was huge, capped only by the sheer adventure of his quest to become the first African in space. The result? Two lifelong dreams in the space of a few, short years. When his space capsule jolted onto the plains of Kazakhstan on Sunday May 5, he came back to earth, in more ways than one. What will the entrepreneur do next and why? Monday Paper spoke to several UCT experts in the fields of achievement, entrepreneurship and leadership and compiled this special report.


IT WAS three days before Shuttleworth was due back from the International Space Station when Dr Helgo Schomer, senior lecturer in psychology, phoned us, apologising for the delay. He is on sabbatical, travelling and presenting lectures and workshops (his areas of speciality are sport psychology and health psychology).

What does he think of our spaceman? "Bravo!" he says, recognising the characteristics and grit of a "high flier". In his consultancy Schomer works with high performance athletes and says there are many similarities between high fliers in track and field and enterprise and entrepreneurship.

"There is no doubt about it, high fliers are rarities in society. They are elite human beings in some way because they go beyond what we think possible. It's like an athlete clipping 100th of a second off a 100m dash. That's a huge personal achievement. Relatively, this journey has been the same step for Shuttleworth. With his resources he has taken a step up onto another stratum. But these are not pipe dreams and that is important. They are achievable for him, with enough effort. And initiative and effort are the currency of high achievers."

What of the anticlimax following such a high? "There must be an element of anticlimax after this once-in-a-lifetime experience," Schomer says. "But that doesn't mean he has to become morbid or depressed. He can play the images of the trip over and over in his head, replaying those personal experiences again and again. An important characteristic of high fliers, in sport, industry, wherever, is that they regulate their emotions in a very positive way." 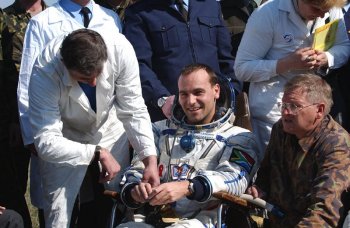 Gravity rules: Shuttleworth takes time to readjust to gravity. "He's opened the doors to the imagination of young South Africans. "That's why the money he spent means nothing. His inspiration and example are worth more to us as a nation." -- Dr Helgo Schomer, Psychology Department.


Is it important for Shuttleworth to set new goals? "Most definitely," replies Schomer. "Once they have achieved something, the goal-orientated person usually initiates 100 more goals to achieve, stimulus for the next challenge." Another important facet of high fliers is their ability to dream. "People who break barriers 'dare to think it'," he says, citing the example of the four-minute mile. "Once Bannister had done it, others went on to clip off more and more."

This, Schomer believes, is where the value of Shuttleworth's achievement lie for South Africa. "He has opened the doors to the imagination of young South Africans. That's why the money he spent means nothing. His inspiration and example are worth more to us as a nation. He's shown us that as a Third World country, we can be out there. And we are. We have a man in space. He has shown young people especially the importance of vision and that it is possible, probable and achievable. This has immense value."

The billionaire space traveller has become a role model. No problem there, Schomer points out. "We need people like this. There's nothing wrong with excellent examples, not gods, but people who go where it is humanly possible to go and who do go beyond what we expect. But Shuttleworth has his feet on the ground, too. Watching him with his family, you get a sense that he knows what life is about." He'd like to know whether this experience has changed Shuttleworth's emotional understanding and vision of the world, and how he makes sense of the world. "We can learn from that."

Browning says that of out of the five key components of EQ, self-confidence is the key because it underpins most of our ability to engage "with passion" in what we believe and to setting and achieving challenging goals. "A strong belief in yourself and that you are capable of achieving your goals is the driving force behind any achiever's success, as is the ability to be humble and to have a realistic understanding of your strengths and weaknesses."

What strikes Browning about Shuttleworth is his sense of self congruence and an "absolute passion" for what he wants to achieve. "He is at one with himself and his actions mirror what he believes in." Another component of EQ is empathy. "This facilitates one's ability to build networks and to being open to new and innovative suggestions from others. Mark has also taken the initiative to share his success and to make his dream part of the dream of others. In this way not only does he have a marked impact on others less fortunate than himself but they in turn will support his success."

For Associate Professor Eric Wood who focuses on entrepreneurship teaching, research and practice at the GSB, there is little doubt Shuttleworth will continue to achieve. "I don't know what he'll do, but that he will do something is definite." Unconsciously or innately, Shuttleworth is tracing the pattern of great entrepreneurs. (Appropriately, he was the new Centre for Innovation and Entreprenurship's first guest speaker and is a frequent visitor to the Breakwater Campus.) 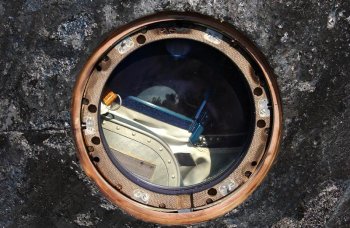 Touch down: The intense heat generated from entry into the earth's atmosphere has discoloured the capsule. "It's hard to mimic that excitement in any other environment, which is why the true entrepreneurs often describe themselves as 'unemployable'." -- Assoc. Prof. Eric Wood, GSB.


"He won't rest on his laurels, that's not in the entrepreneur's makeup," Wood comments. "For the entrepreneur, the experience of starting something from scratch and seeing success, mixed with failure, become addictive. They can't resist new challenges, especially those other people may think are crazy."

For the entrepreneur, the thrill of trying to solve a problem in a new way and getting someone to part with money for the result, is the personal reward. "It's hard to mimic that excitement in any other environment, which is why the true entrepreneurs often describe themselves as 'unemployable'," Wood explains. "They have a strong locus of internal control."

Neither is the true entrepreneur put off by failure. "Microsoft rejected Shuttleworth's initial request to embed Thawte software in their browser, but he didn't give up. It's all part of the process, spurring them on. They make mistakes, but they are willing to learn. Their tenacity and self reliance drives them to keep going back."

For many entrepreneurs like Shuttleworth, the money is not the big draw card either. "It's the cherry on the top, but not what really motivates them," Wood expands. "They choose work they enjoy. They also enjoy seeing other entrepreneurs develop and succeed. They're also community minded and don't operate as islands. Clearly Shuttleworth displays all that with his new Hip2B campaign, for example."

"Another characteristic of the entrepreneur is that their new ventures never look the same. They never reproduce the same environment. One of the drivers of this is an altered personal financial position. In a sense we can expect a better resourced and less 'light-footed' approach. The all-night start-up venture is usually a once off, unless it fails."

Was he surprised by Shuttleworth's venture into space? Pause... "No. I've met him a few times and he is an unpredictable thinker, a free-spirit, both positive features in an entrepreneur." Does he agree that Shuttleworth is a role model? Reflection... "I think he is a role model for highly-educated South Africans and to the majority of entrepreneurs. But he has created the possibility of gigantic international success for South Africans and he's certainly inspired a generation of hi-tech entrepreneurs in South Africa."

As for what Shuttleworth will do next, Wood is not hazarding a guess. "I wouldn't try to predict what someone like Mark would do next. Uncertainty and unpredictability are all part of an entrepreneur's makeup."

While some feel Shuttleworth's success came too soon or that he was merely "at the right place at the right time", others, like Kurt April, Academic Director of the GSB's Southern African-USA Centre for Leadership and Public Values, feel the astronaut-billionaire is doing just fine. "Perhaps it there was some luck, but listening to him talk, you feel he's 'bedded' as a South African and as an African. At South African business schools people train to become internationally competitive and then they go off to London, Sydney, Toronto or New York. Shuttleworth has decided to stay, step up to the plate, and demands to be counted. This is true leadership."

According to April, the young man shows remarkable traits, beyond his years, of what the business gurus dub "transformational leadership". "There is something there that is unique. It's hard not to like him. He's giving the youth something to aspire to. We also see it in the classes we teach here. Our students are quite vocal about him and the fact that he's inspired South Africans across all lines, race gender â€¦ Like the World Cup in 1995. Like Mandela."

April says that these transformational leaders have covered all the levels of Maslow's hierarchy of needs. "All that's left is the self-actualisation echelon and that's what they turn their attentions to. You see it in entrepreneurs like Bill Gates, politicians like Jimmy Carter and diplomats like James Joseph, former US ambassador to South Africa, who started as a cotton picker, moved through top diplomatic ranks and then came to South Africa to make a contribution here."

Shuttleworth, he feels, has made us forget about our problems; AIDS, poverty crime â€¦ "He is good news and we need to celebrate the wonderful stuff going on in our country. He's given us a local story to celebrate and we can be proud again."

As an academic with a keen interest in people and leadership styles, April says he is keen to see how Shuttleworth "goes from here". "He has legitimised entrepreneurship, especially opportunities outside South Africa. His leadership style is much like Madiba's: quiet, confident and he shows a willingness to learn. He commands his language and speaks with clarity and focus."

For the transformational leader it is not enough to repeat the scenario that brought success before, April adds. "Importantly, they allow others to grow; and they like to surround themselves with people who have the same characteristics, people like Ravi Naidoo of Interactive Africa, the project managers of the First African in Space mission; people who are also entrepreneurs and who also encourage you to keep pushing the edge."

(All photographs of Mark Shuttleworth courtesy of Interactive Africa, project managers of the First African in Space mission.)