Analysts from the Centre for Analytics and Behavioural Change (CABC) at the University of Cape Town’s Graduate School of Business (UCT GSB) have found evidence of an active, coordinated attempt to manipulate conversations with a xenophobic tone on South African social media platforms.

An interim report released by the CABC in August 2020 revealed that key narratives around xenophobia are being curated and amplified by a dedicated network of connected users on South African social media platforms – particularly Twitter.

As a Section 18A non-profit organisation, the CABC was established to foster social cohesion through healthy online interactions among active citizenries.

During the COVID-19 pandemic, analysts at the centre are, in part, focusing on possible disruptions to social cohesion that might emerge under lockdown. While doing this work they noticed a sudden and drastic increase in online xenophobic mentions on Twitter.

“The conversation was not growing organically but was being amplified by a coordinated network.”

“Whereas xenophobic mentions generally hovered around 100 per day at the beginning of March, within two weeks there was a significant uptick to around 9 000 mentions per day, peaking at around 15 000 mentions at one point,” explained Associate Professor Camaren Peter, the director and executive head of the CABC.

Of key significance, Peter added, is the fact that the hashtag #PutSouthAfricaFirst emerged on 27 April 2020 and was used over 16 000 times in a single day.

“This amplification was due to 80 accounts that were responsible for around 50% of the use of the hashtag. This indicated that the conversation was not growing organically but was being amplified by a coordinated network.”

Bell Pottinger all over again?

The first thing that comes to mind for many South Africans when discussing malicious, coordinated social media campaigns of this nature is the Bell Pottinger scandal. In 2017 the United Kingdom-based public relations firm was exposed as being the mastermind behind a large-scale social media campaign. They used a network of fake bloggers, commentators and Twitter users to influence public opinion and sow racial division in South Africa on behalf of the Gupta family.

This scandal was one of the catalysts in the establishment of the CABC, which was in part set up as a response to the damage wrought on the sociopolitical fabric of South African society by Bell Pottinger’s campaign.

“This is a similar network, but we do not think these accounts are bots [software applications programmed to perform certain tasks],” said Peter. “[We suspect that] they are rather paid accounts manned by either individuals or a team coordinating their activity.”

Many of these accounts had been dormant for long periods of time, Peter said, and were re-activated on 27 April 2020, “tweeting no other meaningful messaging other than xenophobic messaging”.

As pointed out in other investigations into the network by the Digital Forensic Research Lab and Superlinear, a key agitator in the network is a Twitter account with the handle @uLerato_pillay. This is the public face of the 80-strong network of accounts that push the hashtag #PutSouthAfricaFirst.

@uLerato_pillay and its other variations were responsible for about 50% of the tweets – they had tweeted about 2 000 times during the reporting period of 1 April to 31 May 2020. This suggests that there are likely several people managing this account as it is improbable that one person can manage such a high volume of Twitter activity.

“Our interest was not in the identity or characteristics of these users but rather in the way in which they are acting as a network in order to manipulate a very sensitive conversation.”

Further, the number of tweets and signal boosting through the inner circle of key accounts suggests that these accounts likely have significant financial support.

Peter stressed the fact that at this juncture the CABC’s aim was not to unmask the individuals behind the accounts but rather to assess the network’s activity.

“Our interest was not in the identity or characteristics of these users but rather in the way in which they are acting as a network in order to manipulate a very sensitive conversation,” he said, adding that other groups conducting similar work have identified these activities as part of an attempt to boost a new political formation.

Judging by the tone of their activity, they may be seeking to capitalise on the social and political difficulties that South Africa is currently experiencing through triggering populist and ultranationalist sentiments.

The report notes that while many of the posts put out by the network are clearly xenophobic content, the account holders are careful not to cross the line into hate speech or inciting violence, keeping them safe from prosecution and preventing them from violating Twitter’s terms of use.

Peter said that it is absolutely crucial for social media platforms to identify and clamp down on these activities and/or to put measures in place to ensure that paid political messaging campaigns are declared as such and executed transparently.

In the meantime, the CABC will be taking steps to help raise awareness about this type of misleading, divisive and polarising rhetoric being spread in online spaces. This includes generating creative content that aims to communicate credible, evidence-based information to the general public, as well as compelling, affective content to help prompt deeper conversations in society around social ills, such as xenophobia and gender-based violence.

“We also engage sensitively on social media to help broker and re-establish the middle ground in critical societal conversations by working with influencers and others who we identify as already being engaged in particular issues in a healthy, constructive manner,” said Peter.

The CABC’s investigation into this network is ongoing and further reports will be released in due course.

Visit the CABC website to read the interim report.

News
Africa is not just who we are; it is also our politics 29 May 2020 Republished 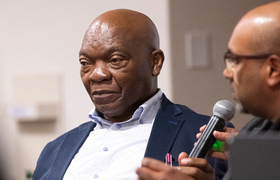 News
The danger of ‘the anti-immigrant narrative’ 21 Oct 2019 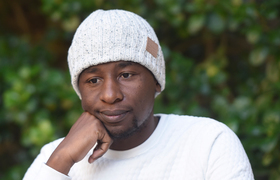 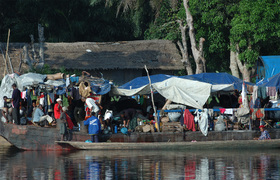