A concerning number of healthcare workers (HCWs) in South Africa lack sufficient understanding of how the antiretroviral (ARV) drug dolutegravir (DTG) interacts with medicines prescribed to treat tuberculosis (TB), diabetes and epilepsy. This knowledge gap could result in largescale, dire ramifications for people living with HIV.

University of Cape Town (UCT) PhD student Briony Chisholm highlighted these findings in her master’s research paper titled “South African healthcare workers’ knowledge on dolutegravir’s drug-drug interactions in the first year of its roll-out: a cross-sectional online survey”. She co-authored the paper with her colleagues Professor Marc Blockman, the director of UCT’s Medicines Information Centre (MIC) and Annoesjka Swart, the manager of the MIC.

The aim for the project was to gauge how well HCWs understood DTG’s interactions with other critical medications prescribed to treat a range of health challenges. DTG is a relatively new ARV, introduced as the preferred first-line HIV therapy in South Africa in 2019.

“Just one HCW working in a clinic without knowledge [of] DTG’s interaction with other medication is one too many.”

“Just one HCW working in a clinic without knowledge [of] DTG’s interactions with other medications is one too many,” she said.

Chisholm, a pharmacist by profession, has been part of the MIC family since 1998. She joined the centre just two years after a devastating car accident left her paralysed, and she’s never left. In 2008 when the MIC launched the National HIV and TB Healthcare Worker Hotline, an initiative that provides HCWs across the country with clinical advice on HIV and TB, Chisholm was recruited as a member of the team. And the role sparked her interest in HIV.

With this work experience, which included daily interactions with HCWs, she said she and her colleagues realised that many HCWs lacked the understanding of how ARVs interact with other medicines. This led to her MSc research project in 2020. By then she had also just completed her postgraduate diploma in HIV and TB management. As Chisholm commenced her MSc, she said she had no idea that she’d gather enough material to produce an outstanding research paper and that it would pave the way to her PhD.

“I don’t think the next leg of my studies is going to be easy. But I’ve found my passion in research, so I’m very grateful to be able to take this further,” she said.

With a clear research objective, Chisholm set off on her fact-finding mission. Establishing the level of training HCWs received on DTG and its interactions with other key medicines used to treat TB (rifampicin) and diabetes (metformin), as well as some anti-epileptic medications was step one. Determining whether they understood that some medicines required an adjusted dosage if prescribed in tandem with DTG was step two.

Her initial project involved travelling around the country to obtain answers to her questions. After all, getting a first-hand account was always first prize. And for this avid road tripper who loves back roads and interacting with people, it was exciting too. But the COVID-19 pandemic threw a large spanner in the works and Chisholm was forced to change gear. As a result of lockdown, she converted her research study into an anonymous online survey and targeted HCWs across South Africa.

“In hindsight, this was a far better project. It gave us good insight into where the gaps were,” she said.

Chisholm received an overwhelming response to her survey. A total of 1 950 HCWs participated, 41.1% were nurses, 35.8% were doctors and 8.9% were pharmacists. Roughly 70% of respondents indicated that they understood that DTG interacts with other medications, 13.9% said they did not, and 16.1 chose not to answer the question.

“When we looked closer at whether HCWs knew how to adjust medicine dosages due to [its] interactions [with DTG], the gaps widened further.”

“When we looked closer at whether HCWs knew how to adjust medicine dosages due to [its] interactions [with DTG], the gaps widened further,” she said. “Medicine adjustments are crucial in this context. If HCWs don’t fully understand these adjustments, it could result in HIV-1 resistance, which means treatment may fail and increased HIV transmission may occur.”

Chisholm said she couldn’t just leave it there. She needed to find a solution to the problem and improve the knowledge gaps for all HCWs in the country, and the outcome for people living with HIV.

“I hate leaving things half done. My first question to myself after I concluded the survey was how do we fill the gaps and how do we support HCWs to access the resources they need to understand everything better, especially those in more remote areas,” she said.

Almost immediately skills training came to mind, and the idea to develop a training programme seemed like a good idea. But the training Chisholm has in mind is quite unconventional and more geared towards the modern technology-driven world. It doesn’t require a massive amount of time in a classroom setting or long reads through training manuals. Instead, HCWs receive succinct, sharp and punchy course material delivered straight to their mobile phones via WhatsApp, and when necessary, they are directed to the National HIV and TB Hotline for specific clinical assistance.

“Doctors, nurses and pharmacists don’t have the time to spend two or three days in training. They need to be in the clinic treating patients. Also, distances to central training centres are often large and the financial resources are scarce. But with this WhatsApp training programme, they can receive the information they need easily on their phones. They can learn something valuable while taking care of patients,” she said. “It’s also less taxing on the individual’s concentration span to receive bite-sized chunks of learning.”

PhD in the pipeline

With the training idea in the bag and all the additional material, Chisholm had more than enough to get cracking on her PhD. And in March, a scholarship by the Bongani Mayosi National Health Scholars Programme sealed the deal. Now she has the opportunity to pursue her studies full-time.

“I feel extraordinarily privileged to be a student at 47 years old, doing research that I love and having the time to really do it well,” she said.

“At the end of it all, it all comes down to improving HIV patient care.”

These days, other than working on her literature review every day from dawn till dusk, Chisholm is also in the process of securing a funder to sponsor her WhatsApp training portal. The plan, she said, is to test the platform on a group of HCWs who work in remote areas in the Eastern Cape and to define its benefits. Hopefully it will be so well received during the testing phase that it will be rolled out to HCWs across the country and across disciplines in due course.

“At the end of it all, it all comes down to improving HIV patient care. That is the fundamental goal in this process,” she said. 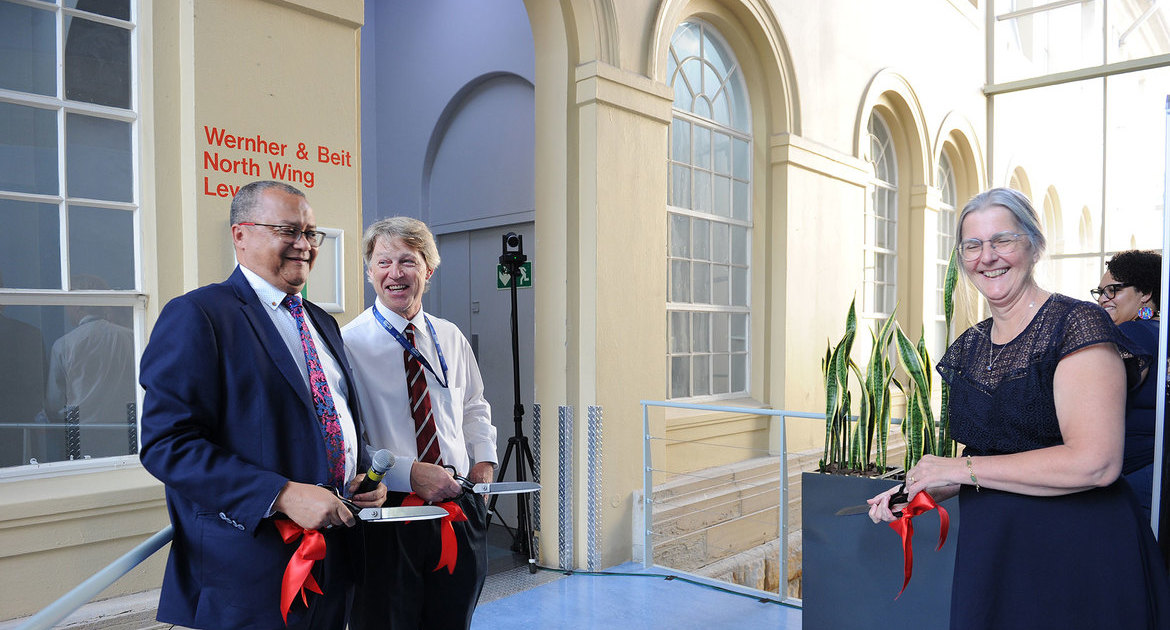 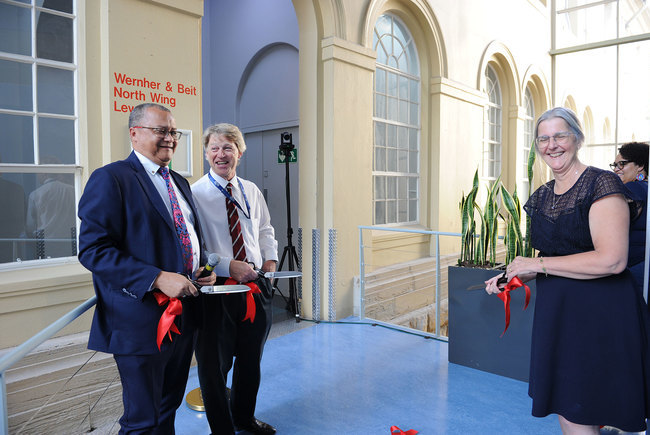 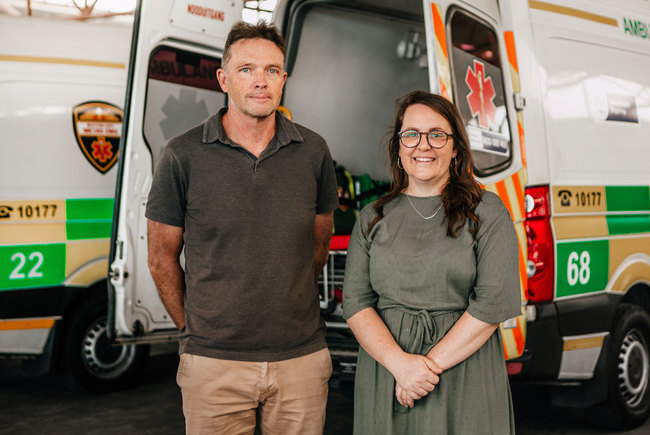 Between 2012 and 2016, the South African Red Cross Air Mercy Service search-and-rescue helicopters in the Western Cape rescued more than 600 people in distress. 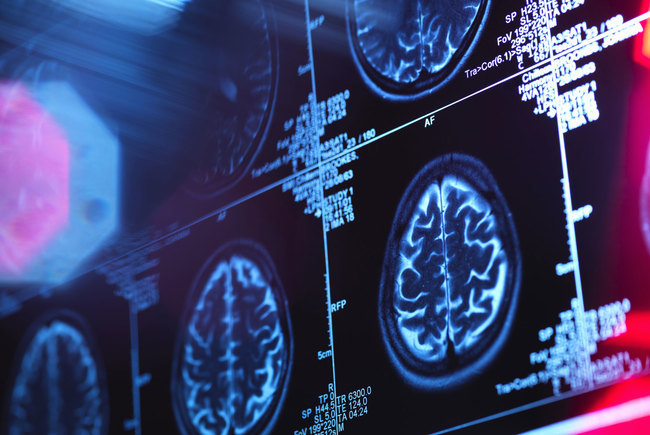 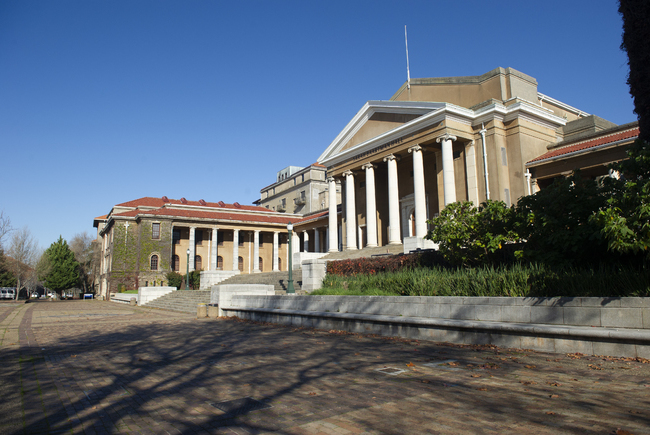 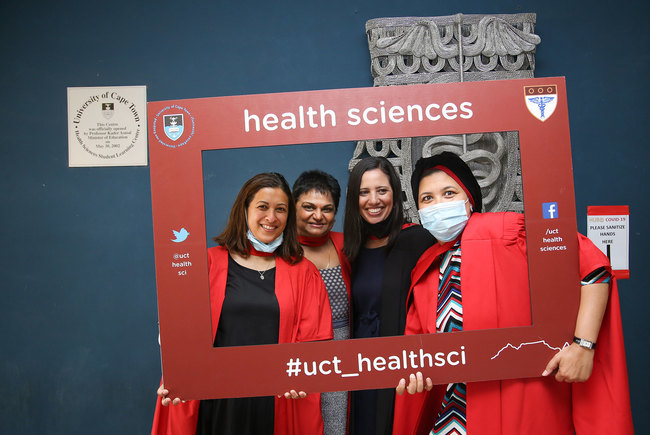 UCT jumps up in clinical and health

UCT is 77th in the world for clinical and health and among the top 200 in four other subject areas, according to Times Higher Education.

‘We must take men along on that journey’ Men must be part of disrupting the intergenerational cycle of violence against women and children, Professor Shanaaz Mathews said in her inaugural lecture. 15 Aug 2022
View Faculty of Health Sciences archive
TOP