Professor Graeme Meintjes, an adult infectious diseases physician and the second chair and deputy head of the Department of Medicine at the University of Cape Town (UCT), has been awarded the 2020 European & Developing Countries Clinical Trials Partnership (EDCTP) Scientific Leadership Prize for his significant contribution to the improved understanding of HIV and its complications. This prize comes shortly after Meintjes was awarded the South African Medical Research Council (SAMRC) Scientific Merit Award: Gold Medal.

These prestigious awards both honour and acknowledge the important work Meintjes and his team are doing to improve the diagnosis, prevention and treatment of conditions that affect patients with advanced HIV disease in Africa, in particular, HIV-associated tuberculosis (TB), HIV-associated cryptococcal meningitis, immune reconstitution inflammatory syndrome (IRIS), the complications of antiretroviral therapy and drug-resistant TB.

HIV and TB in Africa

Meintjes and his team operate from the Wellcome Centre for Infectious Diseases Research in Africa (CIDRI-Africa) research site based in Khayelitsha, a large community in Cape Town with very high rates of HIV and TB.

“There is still an unacceptably high number of deaths from HIV and TB in Africa,” says Meintjes. “Our group has, among other things, undertaken studies on novel diagnostics for TB, studies on  the prevention of some of the conditions associated with advanced HIV and TB, and developed new evidence-based strategies for the treatment of these conditions.

“There is still an unacceptably high number of deaths from HIV and TB in Africa.”

One significant achievement was the completion of a clinical trial that investigated the use of the steroid anti-inflammatory drug, prednisone, to prevent TB-IRIS – a common complication in patients with both HIV and TB who start anti-retroviral therapy.

This groundbreaking study showed that prednisone was both safe and effective in reducing the risk of developing TB-IRIS. The findings were published in the New England Journal of Medicine in 2018 and have influenced international clinical practice.

“More recently,” says Meintjes, “we have conducted studies in collaboration with colleagues across Africa to assess new treatment strategies for cryptococcal meningitis that can be feasibly implemented across Africa.”

Other ongoing work includes a trial focused on a group of patients hospitalised with advanced HIV and disseminated TB – which means the TB has spread throughout their bodies because of their weakened immune system.

“This severe form of TB has a very high mortality rate. We are testing two new strategies to assess whether they improve outcomes and reduce deaths,” he says.

“At the same time, we are working to better understand what the disease processes are in patients with disseminated TB and advanced HIV to understand what contributes to this high mortality.

“This will help to inform us as to whether there are better strategies for treatment than those currently used which were developed in HIV-negative outpatients with pulmonary TB.”

Meintjes is also involved at a national level as a member of the National Clinical Advisory Committee (NCAC) on treatments for drug-resistant TB, an area where South Africa is a world-leader in the implementation of new and repurposed drugs. The research work done by the NCAC and others has impacted international guidelines. One example, is the incorporation of the new TB drug bedaquiline in the World Health Organization short course regimen for drug-resistant TB; that was based on policy changes and documentation of treatment outcomes in South Africa.

Meintjes holds the Department of Science and Innovation/National Research Foundation South African Research Chair (SARChI) in Poverty-related Infections and is a member of the Institute of Infectious Disease and Molecular Medicine. He also leads the clinical platform of CIDRI-Africa at UCT.

Investing in the next generation

The EDCTP Scientific Leadership Prize consists of a recognition trophy and a cash award of EUR10 000. Meintjes says he is very grateful for the cash award, as it will allow him to support one of his PhD researchers, Dr Linda Boloko, to nest a project within an existing trial.

“Boloko is investigating immune responses that may be harmful in patients with HIV-associated TB and may contribute to patients dying despite treatment.

“Our concern is that an over-exuberant response by certain components of the immune system may contribute to tissue damage and clinical deterioration,” he says. “This is very important research, as it would have implications for treatment.

“I am delighted that I am able to support this work.”

“This is very important research, as it would have implications for treatment.”

Speaking at the EDCTP Forum, Meintjes described this award as a highlight of his career to date.

“It is a recognition of the work that our research group has done, and I am grateful to everybody who has worked long hours and gone beyond the call of duty for all their time, energy and commitment towards successful research,” he said.

He also praised the work done by the EDCTP for their investment in African solutions.

“By investing in people in Africa who can help understand these problems, to develop solutions for these problems, that will contribute towards socio-economic development in Africa and help break the cycle of poverty contributed to by these infectious diseases on our continent.” 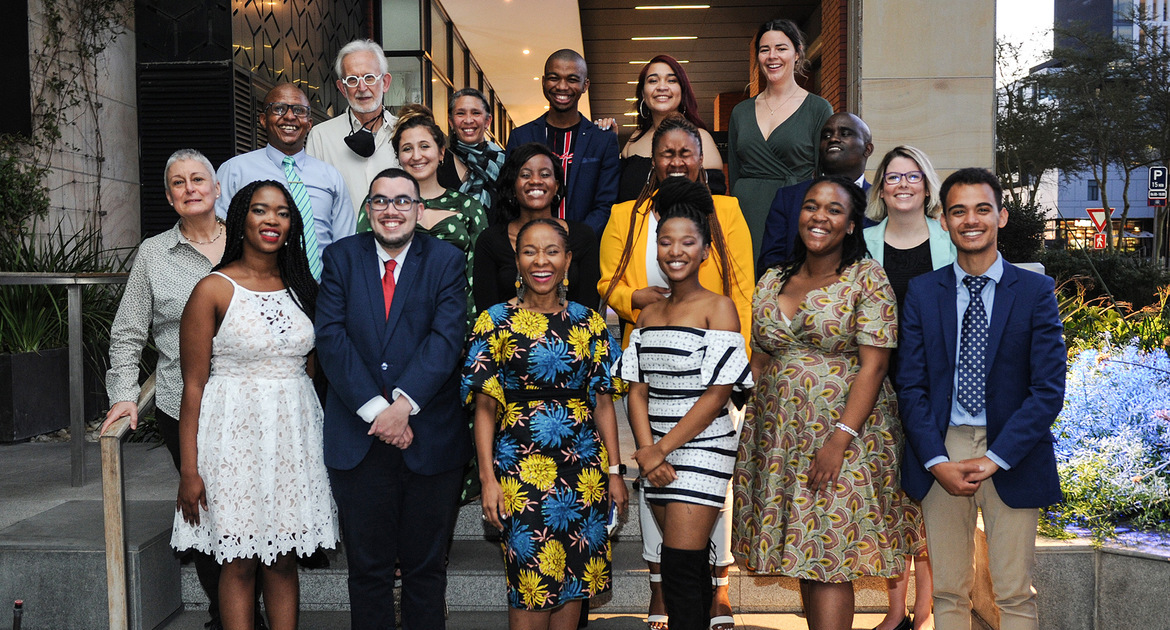 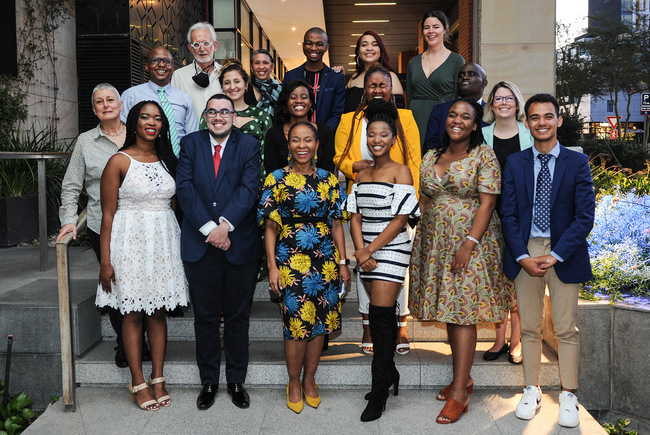 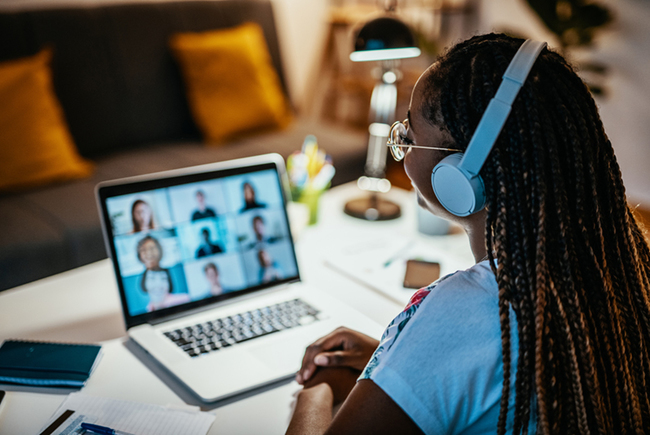 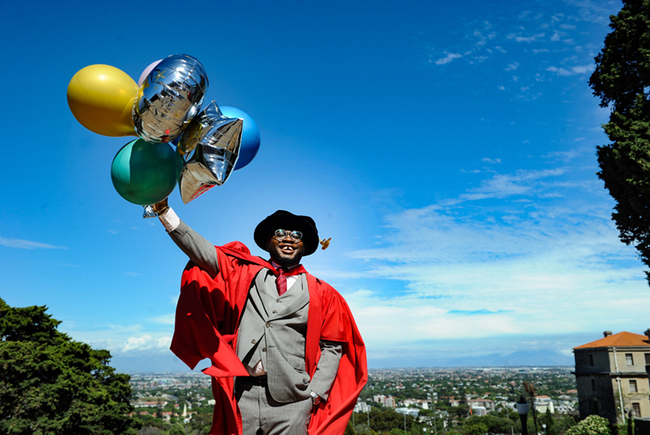 It was a gra(n)d affair as the University of Cape Town (UCT) celebrated graduates from the faculties of Engineering & the Built Environment, Science, Health Sciences and Law on 14 December 2021. 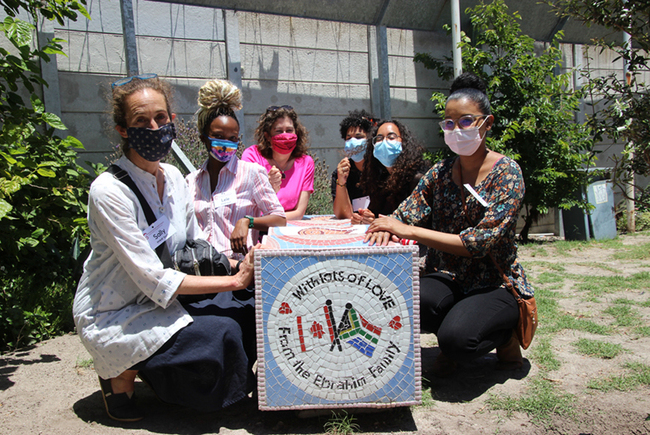 The Perinatal Mental Health Project at the Hanover Park Community Health Centre took time out to celebrate the achievements of 2021 – and a special gift. 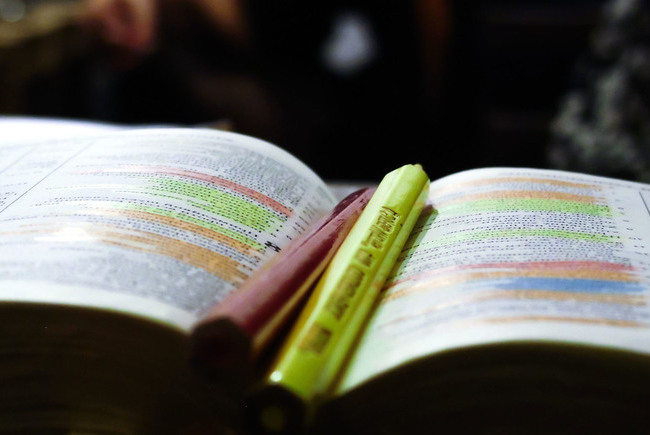 UCT researchers among most cited in the world

Three UCT researchers are among the world’s most cited, according to the latest list published by Clarivate Analytics.

Long-term neuropsychological outcomes in severe COVID-19 People who develop severe illness from COVID-19 have a much higher risk of neurological and mood-related disorders, particularly if they have been hospitalised. 06 Dec 2021